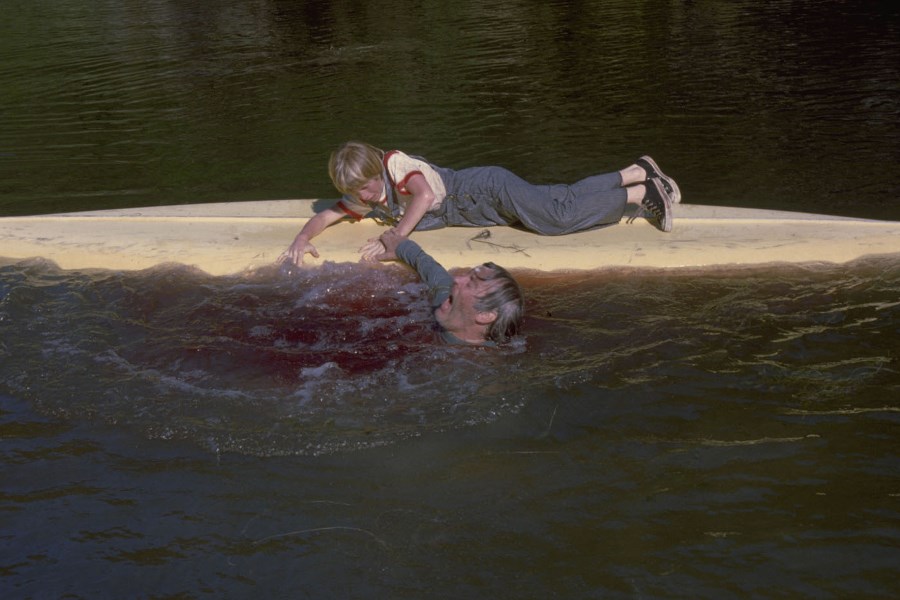 Piranha, produced by Roger Corman, is the first in a series of campy ‘B’ movies inspired by 1975’s Jaws. While searching for missing teenagers at the once-thriving Lost River Lake resort, rookie skip-tracer Maggie McKeon (Heather Menzies) and booze-soaked river rat Paul Grogan (Bradford Dillman) stumble upon a top-secret military laboratory conducting genetic research on piranha fish for the purpose of developing the most lethal form of biological warfare imaginable.

When the deadly fish are accidentally released from the compound, they’re soon headed downstream, consuming everything — and anyone — in their path. With Paul and Maggie in hot pursuit, the piranhas’ next stop is the children’s summer camp, where Paul’s young daughter is vacationing, and then a newly opened, multimillion-dollar water resort.

The 1995 remake of the cult classic film was also produced by Roger Corman.