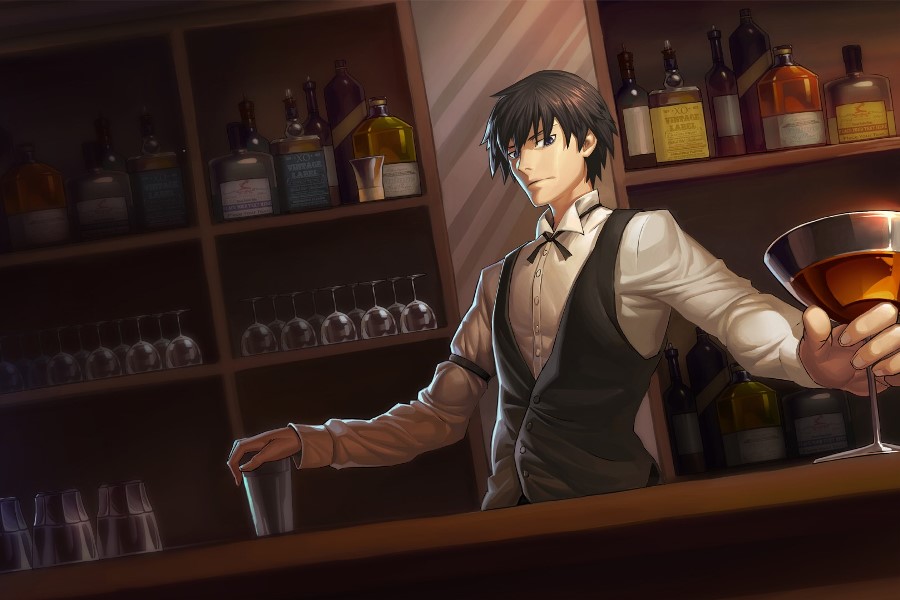 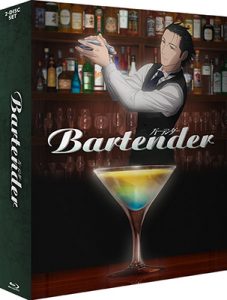 The collector’s edition, which represents the first time the cult favorite anime series “Bartender” has been released on Blu-ray in North America, collects all 11 episodes in a two-disc set, with deluxe packaging that includes nine cocktail recipe cards and four collectible coasters. Bonus content includes clean opening and closing credits, and bumpers.

The episodes are presented in Japanese with English subtitles. 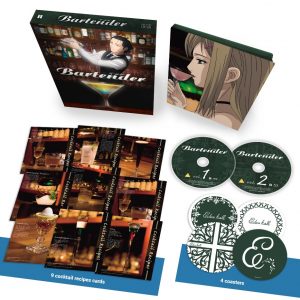 Based on the best-selling Japanese manga books by Araki Joh, “Bartender” is centered on a bartending prodigy named Ryū Sasakura (voiced by Takahiro Mizushima) known for his spectacular cocktails. He opens his own bar, the Eden Hall, in downtown Tokyo, which soon becomes a gathering spot for customers who share their troubles and seek advice from the young bartender as they indulge in his “Glass of Gods” — the right drink for whichever situation they happen to find themselves in.

“Bartender” was adapted into an anime series in 2006 and a live-action Japanese television drama in 2011. The anthology series was directed by Masaki Watanabe, written by Yasushiro Imagawa, and produced by Palm Studios.