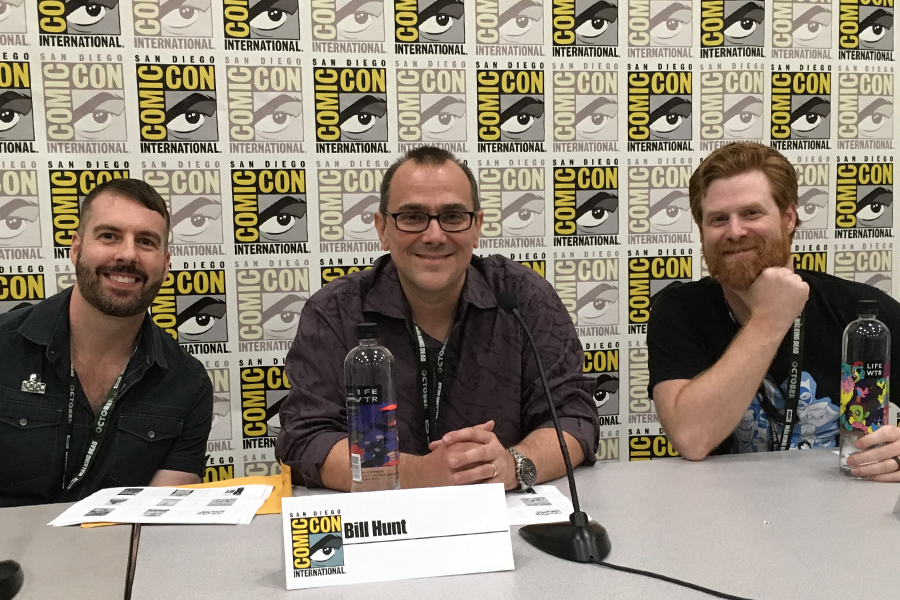 Independent distributor Shout! Factory held its breaking news panel at the 2018 San Diego Comic-Con International July 20, unveiling a vast slate of special editions of classic films due for release in the next year or so.

The panel was hosted by Bill Hunt of TheDigitalBits.com and featured senior director of Blu-ray and DVD production Brian Ward and senior marketing director Jeff Nelson, who was on hand to discuss the company’s Scream Factory specialty horror label.

Some of the upcoming Shout! Factory titles include a “Digimon Adventure tri” six-film collection, as well as Howard Lovecraft and the Kingdom of Madness, the third film in the “Howard Lovecraft” series.

Shout! Factory is also preparing a new Dances With Wolves Steelbook and is trying to include all the various cuts of the film, including the theatrical cut.

In response to an audience member’s question, Ward said the company is trying to clear the rights to include the “City of Crime” music video on the upcoming Blu-ray of 1987’s Dragnet.

Meanwhile, Scream Factory continues to add to an impressive line-up of horror and thriller movies that now totals more than 350 titles in six years.

Nelson showed off a bonus feature from the upcoming The Exorcist II: The Heretic Blu-ray in which Linda Blair discusses Regan’s tap-dancing scene.

In addition, Scream Factory is planning a Candyman: Collector’s Edition, plus a collection of all four “Critters” films.