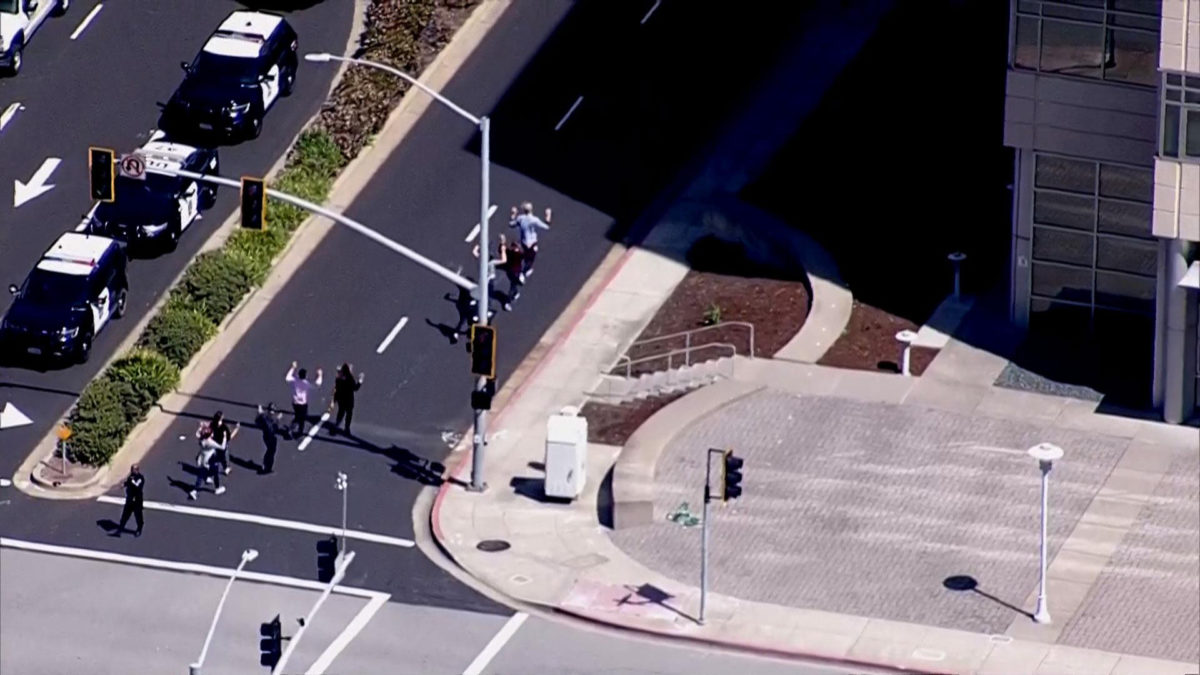 “We are responding to an active shooter. Please stay away from Cherry Ave & Bay Hill Drive,” San Bruno police said on a Twitter post.

At 12:53 p.m., officers conducting a search located a deceased female inside with a  self-inflicted gunshot wound. She was later identified by CNN as Nasim Aghdam. Two additional victims were located after fleeing to a next door business. A total of four people were transported to local hospitals, three of which had gunshot wounds.

The shooter is believed to have known at least one of the victims, two law enforcement officials told CNN.

Vadim Lavrusik, a YouTube product employee, told CNN he and others hid.
“Heard shots and saw people running while at my desk. Now barricaded inside a room with coworkers,” he tweeted.
The Associated Press reported that Aghdam was from San Diego and had taken part in an animal rights protest in 2009, dressed in a wig and jeans with large blood drops painted on them as she protested the use of pigs in military trauma training.