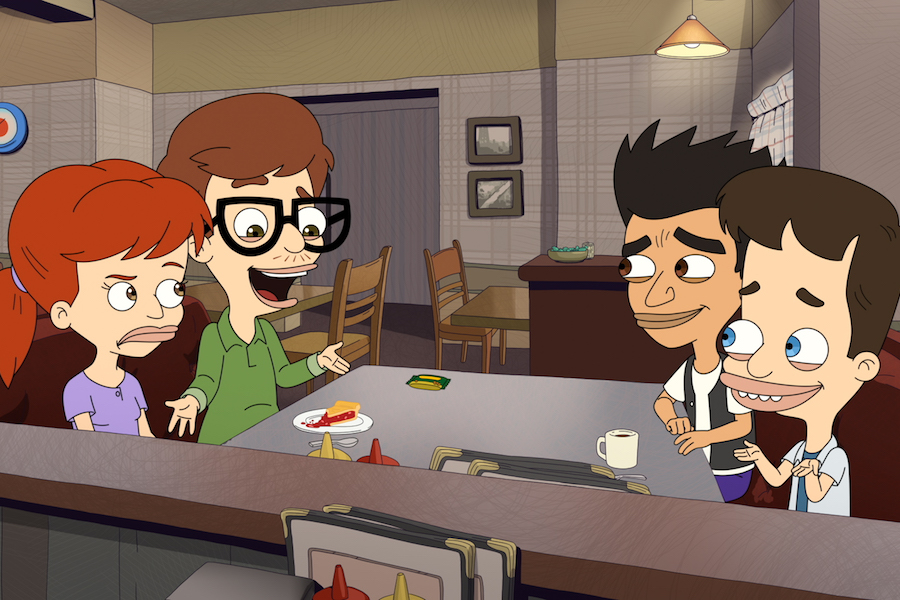 Shang-Chi became available for digital viewing at no additional cost to Disney+ subscribers Nov. 12. The 25th entry in the Marvel Cinematic Universe, the film stars Simi Liu in the title role, a hero who must face the past he thought he left behind and confront his father Xu Wenwu (Tony Leung), leader of the dangerous Ten Rings organization. Awkwafina also stars.

“Big Mouth,” season five of which premiered Nov. 5, is an adult animated show featuring the voices of Nick Kroll and John Mulaney. It follows teenage friends who find their lives upended by puberty.

Coming in at No. 2 on the streaming movies chart was Netflix’s Red Notice, an action adventure starring Ryan Reynolds, Dwayne Johnson and Gal Gadot.

Landing at No. 3 on the streaming movies chart was YouTube’s All Too Well: The Short Film, a romantic drama short film written and directed by pop star Taylor Swift.

Knocked to No. 2 on the streaming originals chart from a multi-week perch at No. 1 was Netflix’s “You.” Season three of the psychological thriller series started streaming Oct. 15 and features the continuation of Joe Goldberg’s fraught relationship with Love, who is pregnant with his child in a new suburban home.

Falling from No. 2 to No. 3 on the streaming originals chart was Netflix’s “Locke and Key,” season two of which started streaming Oct. 22. In the series, after their father is murdered under mysterious circumstances, the three Locke siblings and their mother move into their ancestral home, Keyhouse, which they discover is full of magical keys that may be connected to their father’s death.