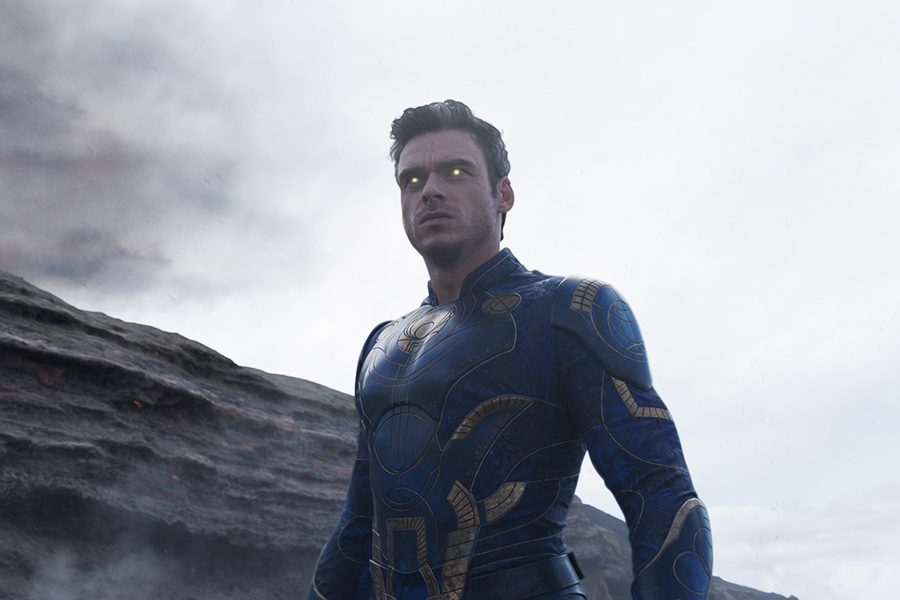 Despite a crop of major movies arriving on DVD and Blu-ray during the week, Disney-owned Marvel Studios’ Eternals retained the top spot on the NPD VideoScan First Alert chart, which tracks combined DVD and Blu-ray Disc unit sales, and the dedicated Blu-ray Disc rental chart the week ended Feb. 26.

It’s the second-consecutive week on top for Eternals, which tells the story of a group of aliens that have been protecting and guiding human civilization for thousands of years.

The week’s top newcomer among the four films that debuted among the top 20 disc sellers was from another Disney-owned studio, 20th Century’s The King’s Man. Director Matthew Vaughn’s prequel to his previous “Kingsman” actioners depicts the creation of the title spy organization during World War I. It earned $37 million at the domestic box office and sold about 75% as many copies during the week as Eternals.

A Best Buy-exclusive 4K Ultra HD Blu-ray Disc collection of the three “Kingsman” movies was No. 36 overall and No. 17 on the Blu-ray Disc chart, and accounts for another 8.4% of The King’s Man sales compared with Eternals.

The second newcomer in the top 20 discs, at No. 5 overall and No. 4 on the Blu-ray chart, was Lionsgate’s American Underdog, a biopic about Kurt Warner’s improbable rise to winning a Super Bowl and becoming an NFL Hall of Famer. It earned $26.5 million from U.S. theaters and hit shelves a week after Warner’s former team, the Rams, won the latest Super Bowl.

MGM’s newly released House of Gucci disc from Universal Pictures Home Entertainment bowed at No. 6 on both charts after earned $53.8 million at domestic theaters. The film stars Lady Gaga and Adam Driver as members of the Gucci fashion empire whose inability to navigate tricky family politics gets them embroiled in a murder plot.

The fourth newcomer to enter the week’s overall top 20 disc sellers was the Universal female-driven espionage thriller The 355, which came in at No. 8 overall and No. 9 on the Blu-ray chart. It earned $14.6 million at the domestic box office.

The Blu-ray Disc chart also saw Shout! Factory’s newly released 4K Ultra HD Blu-ray edition of the 1980 horror film Alligator crack the top 20 there at No. 13. It was No. 24 on the overall disc sales chart.

The Media Play News rental chart for the week ended Feb. 27 had House of Gucci debut in the top spot, followed by American Underdog at No. 2.

Ghostbusters: Afterlife slid to No. 3 after three weeks in the top spot.

Eternals entered the rental chart at No. 4 after a week-long delay of availability at Redbox rental kiosks, while The 355 debuted at No. 5.