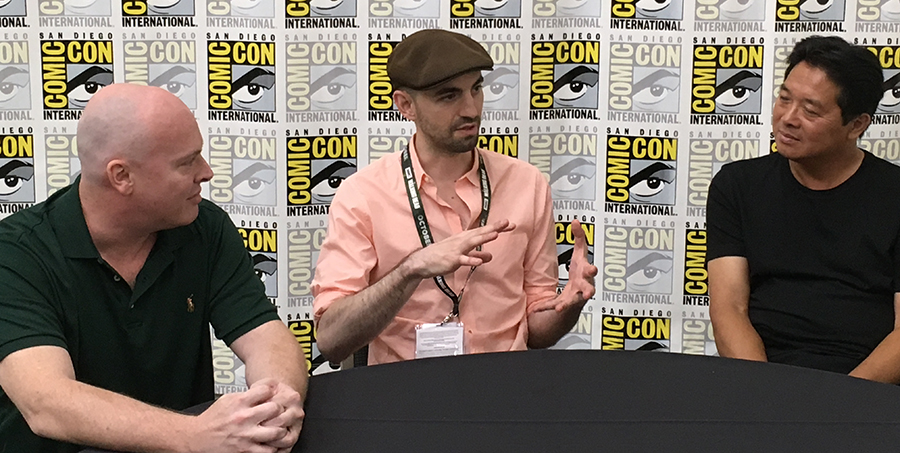 The epic battles seen in the “Pacific Rim” movies wouldn’t be possible without the skilled artisans of the visual effects houses that create them.

The films deal with a future world in which large creatures called kaiju are created by aliens called Precursors and sent to invade the Earth through underwater portals, leading humanity to build giant robots called jaegers to fight them. While ILM established the look of the franchise in the 2013 original film, the sequel, Pacific Rim Uprising, was handled by smaller firms such as DNEG and HALON Entertainment.

Some members of the visual effects team were on hand July 21 at the 2018 San Diego Comic-Con International for a panel discussion about making the film.

“I think the sense of scale is one of our biggest problems on the movie that we needed to solve,” said Peter Chiang, co-founder of visual effect house DNEG and overall VFX supervisor. “We took artistic license in trying to portray weight creatively and accurately, but at the same time keep the sequences fast-moving and fast-paced and high impact.”

Another aspect for the new film was the design of new jaegers, such as Gypsy Avenger.

“A thing that I really loved about the first one is that all of the jaegers had very quintessential, interesting designs to all of them, and I feel like we got some of that in the new one,” said previs supervisor Ryan McCoy of HALON. “So it was fun kind of fun to see what the new weaponry was. It was a bit of a challenge to figure out how you would differentiate them.”

Brad Alexander, previs supervisor and a partner at HALON, said he was a big fan of the first film and wanted to carry over the sense of fun.

“I went to the theater and saw the first Pacific Rim in Imax 3D and I was just blown away,” Alexander said. “That’s part of the fun of doing these sci-fi movies is that all of the different worlds you get to create, all the different concept art and such, it’s just so fun to see that.”

McCoy said one of the bigger challenges was working out the climactic battle between the jaegers and a megakaiju formed by the combination of several of the alien creatures.

“It was imposing enough that they’re not going to win in a one-on-one fight,” McCoy said. “There’s no way that Gypsy can actually take on Megakaiju, and therefore they have to go up into space, into the troposphere, and shoot down as fast as they possibly can, breaking the sound barrier and smashing into it.”

“We had at the very beginning of the end battle sequence just megakaiju and Gypsy battling out on the cliffside of a mountain, but that was obviously not enough,” Alexander said. “We needed someone to go to space with a superpunch and a rocket-driven thing.”

Their favorite shot, all agreed, came in the final battle.

“Todd Patterson is one of our lead animators, and there’s this shot where basically Gypsy jumps off a building and comes down to face Megakaiju, and they just get into it, and basically it’s this super long shot,” Alexander said. “Todd worked on this shot for probably three straight weeks animating it.”

“I don’t think you decide from the outset which is going to be the tentpole shot, it just kind of ends up being the shot,” Chiang said. “You don’t plan it that way, it just ends up being a combination of everybody working together building it up to be that standout shot in the movie.”

“I really love being able to foster sort of a creative environment for the artists so they feel they really have their own creative say and are inspired,” McCoy said.

As for a potential third film, the guys were intrigued by hints of the humans invading the Precursor realm.

“They did night so well [in the first one,] and we did day, and now it’s good to go into the Precursor world and establish what that’s all about,” Chiang said. “Because that gives you free creative license to design anything you want.”

“I would love to see more of the actual kaiju homeworld,” McCoy agreed. “That would be really fun.” 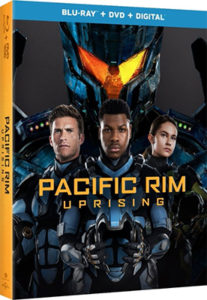