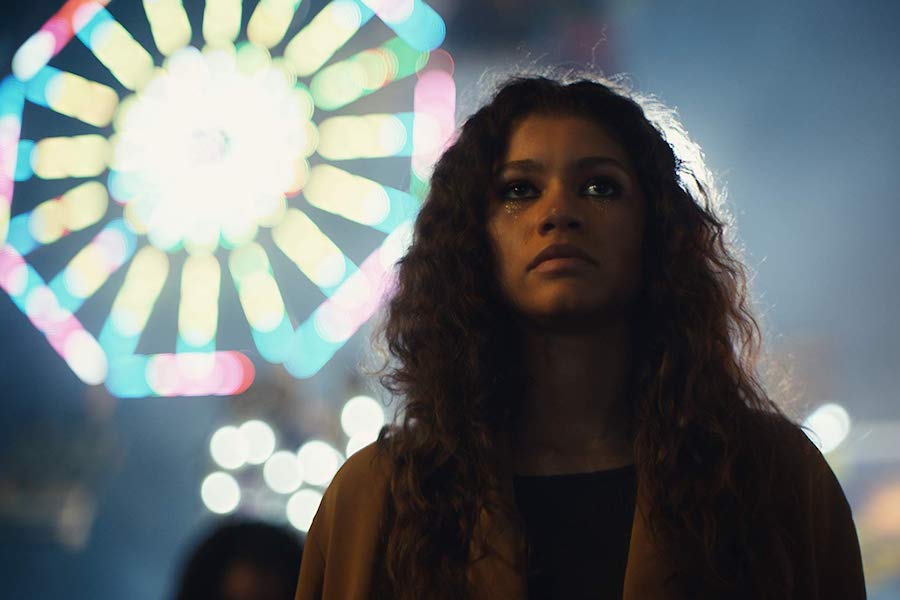 Season six of “Strike Back” on disc and numerous programs on digital, including the first season of “Euphoria,” are coming from HBO Home Entertainment in August.

Due on digital Aug. 12 is the documentary Song of Parkland. When Marjory Stoneman Douglas High School drama teacher Melody Herzfeld heard the fire alarm on Feb. 14, 2018, she was in rehearsals with her students for their annual children’s musical. Moments later, a Code Red sounded. Herzfeld rushed her 65 students into a storage closet while a shooter killed 17 teachers and students nearby. Filmed in the months following the shooting, when the Florida school community is grappling with the tragedy, the documentary chronicles the dedication of Herzfeld and her theater students as they return to school and resolve to continue with their production.

Also coming Aug. 12 on digital is The Many Lives of Nick Buoniconti, which captures the 78-year-old NFL Hall of Famer by taking viewers through his journey as a linebacker, lawyer, sports agent, broadcaster, executive and philanthropist. The son of a baker from the south end of Springfield, Mass., Buoniconti’s early inner drive propelled him to find great success on the field and in the workplace. But after his son’s crippling accident in 1985, he dedicated the latter part of his life to philanthropy and soon after co-founded The Miami Project to Cure Paralysis. Today, thanks in large part to his singular devotion, more than a half-billion dollars has been raised for spinal cord research.

Maria Full of Grace, also due on digital Aug. 12, follows 17-year-old Colombian Maria (Catalina Sandino Moreno). Pregnant and with a large family to care for, she’s forced to leave a demanding job after an altercation with her boss. Needing work as soon as possible, she encounters charming Franklin (John Álex Toro), who offers her a dangerous job as a drug mule. With cocaine pellets in her stomach, Maria flies to New York for the drug drop-off, but finds her new line of work may be far riskier than it initially seemed.

Boycott, also coming on digital Aug. 12, is a dramatization of the live of Rosa Parks (Iris Little-Thomas), who defiantly refuses to take a back seat on the bus. She sets into motion a tumultuous string of events centered around the 1955 bus boycott in Montgomery, Ala. Using archival footage to establish the strained atmosphere of the era, this dramatization of that chapter of the Civil Rights Movement’s history shows her interactions with such major figures as Dr. Martin Luther King Jr. (Jeffrey Wright), Coretta Scott King (Carmen Ejogo) and Ralph Abernathy (Terrence Howard).

Coming on digital Aug. 12 also is In the Gloaming, a drama that marked the directorial debut of Christopher Reeve. It follows 33-year-old AIDS sufferer Danny (Robert Sean Leonard) who returns to his parents’ home in the New York suburbs to spend his final days. While his father, Martin (David Strathairn), finds it difficult to accept his son’s sexuality, and his self-concerned sister, Anne (Bridget Fonda), avoids the issue, his mother, Janet (Glenn Close), forges a deeper and more honest relationship with her dying son.

Due on digital Aug. 19 is Los Espookys Season 1. It follows a group of friends who turn their love for horror into a peculiar business, providing horror to those who need it, in a dreamy Latin American country where the strange and eerie are just part of daily life. The group is led by the noble, kind, and naïve Renaldo (Bernardo Velasco), and joined by Ursula (Cassandra Ciangherotti), a tenacious dental assistant who eventually handles the logistics and execution of all projects; Ursula’s sister Tati (Ana Fabrega), who juggles several (very) odd jobs while acting as the group’s test dummy; and Renaldo’s longtime best friend Andrés (Julio Torres), the brooding heir to the chocolate empire, who unlocks secrets to his past while avoiding his trophy boyfriend, Juan Carlos (José Pablo Minor).

Next up on Aug. 19 is VICE: Special Report: The Future of Work. Hosted by VICE News correspondent Krishna Andavolu, with contributions from correspondents Gianna Toboni and Michael Moynihan, the special looks at how entire industries are being disrupted and how these changes are creating ripple effects throughout the global economy. VICE’s correspondents sit down with a wide variety of experts, including Nobel Laureate economists, CEOs, and workers whose jobs will radically change in the years to come. They document how industries that long seemed immune from automation, such as fast food, contract law and long-haul trucking, are rapidly being automated, with workers replaced by AI and algorithms.

Also on Aug. 19 on digital comes Year and Years, following the day-to-day lives of the Lyons family beginning on one crucial night in 2019. The story chronicles one family’s determination to survive the future as society changes faster than ever before, focusing on Stephen Lyons (Rory Kinnear), a financial advisor, who serves as the family’s peacekeeper; his wife Celeste (T’Nia Miller), an ambitious accountant; his brother Daniel (Russell Tovey), a housing officer; Edith (Jessica Hynes), their radical, calculating and potentially dangerous sister; Rosie (Ruth Madeley), their spirited youngest sibling, who was born with spina bifida and is a single mother of two; and their grandmother, Muriel (Anne Reid), the family’s opinionated matriarch.

Euphoria Season 1, coming on digital Aug. 26, is an American adaptation of the Israeli show of the same name. It follows the troubled life of 17-year-old Rue, a drug addict fresh from rehab with no plans to stay clean. Circling in Rue’s orbit are Jules, a transgender girl searching for where she belongs; Nate, a jock whose anger issues mask sexual insecurities; Chris, a football star who finds the adjustment from high school to college harder than expected; Cassie, whose sexual history continues to dog her; and Kat, a body-conscious teen exploring her sexuality. As the classmates struggle to make sense of their futures, the series tackles the teenage landscape of substance-enhanced parties and anxiety-ridden day-to-day life with empathy and candor. It stars Zendaya.

Also due on digital Aug. 26 is Share, a cautionary tale about social media. It follows 16-year-old Mandy, who, after discovering a disturbing video from a night she doesn’t remember, must figure out what happened — and how to navigate the escalating fallout. Rhianne Barreto leads as Mandy, alongside Charlie Plummer (“Boardwalk Empire”) as Dylan, Poorna Jagannathan as Kerri, J.C. MacKenzie as Mickey, Nicholas Galitzine as A.J., Lovie Simone as Jenna and Danny Mastrogiorgio as Tony.

One thought on “Season Six of ‘Strike Back’ on Disc, First Season of ‘Euphoria’ on Digital Coming From HBO in August”