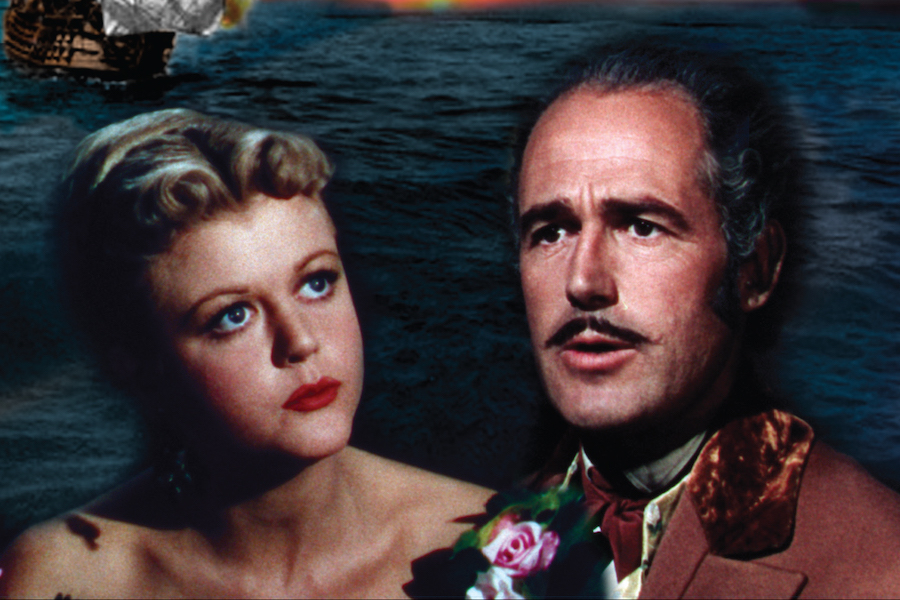 Two titles from VCI Entertainment, the double feature Scream Theater and the 1952 adventure Mutiny, are available on disc from MVD Entertainment Group this month. 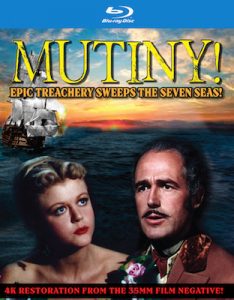 Produced from a new restoration re-mastered from the original 35mm Technicolor negatives in 4K, Mutiny is available on Blu-ray Disc. In the film, during the War of 1812, the United States, in need of gold, arranges with a French group to lend the government $10 million in bullion. To bring the gold here, an American ship must break through the British blockade. A young captain accepts the dangerous assignment and after several narrow escapes, the ship finally reaches France. No sooner is the gold aboard the American ship than the crew mutinies and sets the captain adrift, giving him one chance in a thousand to reach shore. The captain survives his watery experience, returns with the American Navy and recaptures his vessel. A British warship arrives on the scene, but one of the men volunteers to torpedo the enemy in an untried submarine made for a two-man crew. The mission is successful, and the gold eventually reaches America. The film stars Mark Stevens and Angela Lansbury. 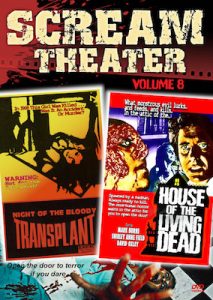 The Scream Theater double feature, including the 1970s horror films The House of the Living Dead and Night of the Bloody Transplant, is available on DVD.

In The House of the Living Dead, evil lives and feeds in the attic of Brattling Manor in a remote corner of the South African Veldt at the turn of the century. Lady Marianne arrives from London to join her beloved fiancé, Sir Michael Brechenridge, at his stately ancestral home. From the outset of her visit, things go strangely wrong for Marianne. Michael’s autocratic mother is not at all receptive to the visitor. At night Marianne is disturbed by strange organ music and ghostly footsteps in the corridor.

In Night of the Bloody Transplant, Dr. James Arnold tries to get approval to perform a heart transplant for his elderly benefactor, but the medical society turns him down. When a ne’er do well brother accidentally kills a young woman, the doctor takes matters into his own hands and his benefactor gets a new heart. Meanwhile, his brother goes on a killing rampage and, in a bizarre turn of events, Dr. Arnold is also killed, and his heart is transplanted to save a policeman the brother has shot. The film contains actual footage of open-heart surgery.