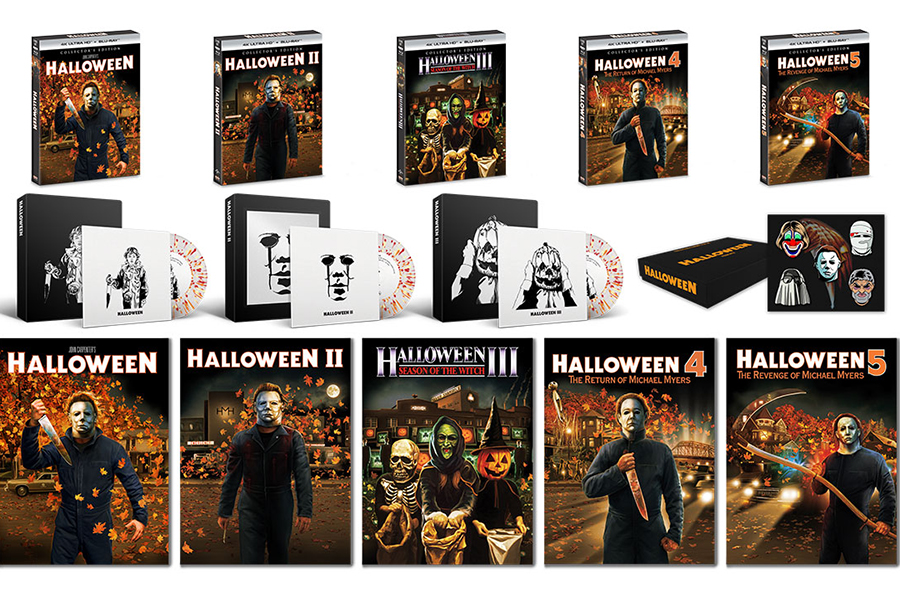 The films will be available individually in a limited-edition rigid slipcase and will include a regular Blu-ray Disc of each film as well as previously released bonus materials.

The 4K Ultra HD Blu-ray of 1978’s original Halloween features a return to the original camera negative for the first time.

Scream Factory taking preorders for each movie at the shoutfactory.com online store, which has also made available several exclusive offers (while supplies last).

First, fans can get a poster featuring newly commissioned cover art from artist Joel Robinson included with a 4K UHD purchase of each movie for $36.99 each.

Second, the first three movies are offered with a seven-inch vinyl album from Sacred Bones Records featuring newly recorded music from John Carpenter for $58.99 each.

The third offer is for a bundle of all five films on 4K Ultra HD, all five posters and all three albums for $245.99.

The fourth offers includes all five movies with the posters and albums, plus an exclusive limited-edition set of five enamel pins in a collectible box from Gutter Garbs, for $299.99.