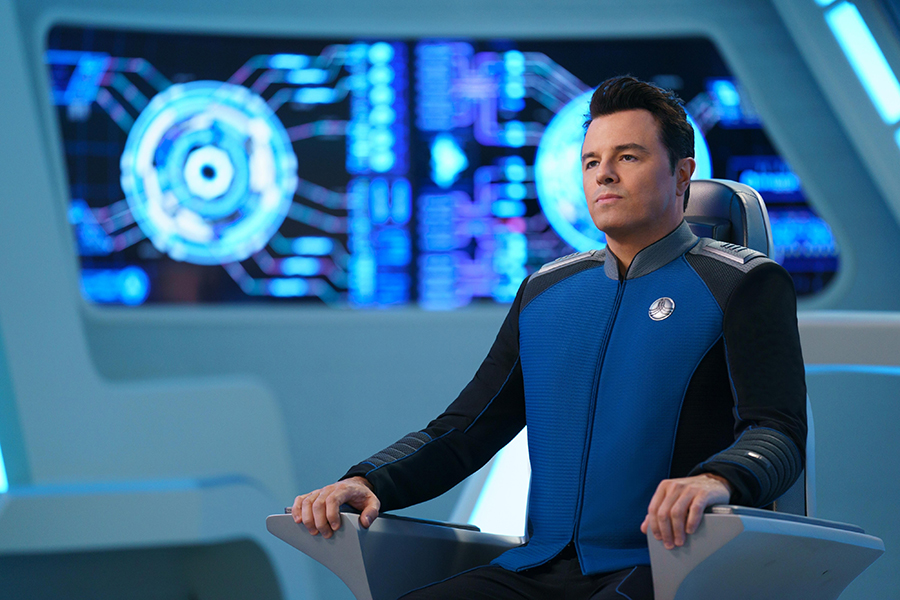 Seth MacFarlane as Capt. Mercer on "The Orville"

SAN DIEGO — The Jan. 23 Comic-Con panel for the sci-fi series “The Orville” included an announcement that all three seasons of the series would be available for streaming on Disney+ starting Aug. 10.

The first two seasons originally aired on Fox and are available to stream on Disney-run Hulu. The 10-episode third season, dubbed “The Orville: New Horizons,” premiered as a Hulu original June 2 and concludes Aug. 4.

“The Orville” was created by Seth MacFarlane, who also stars on the series as Capt. Ed Mercer, commander of a starship that explores the galaxy in the 25th century.

“I’m thrilled to bring all three seasons of ‘The Orville’ to Disney+. Making this show has been one of the most satisfying experiences of my career, and I’m immensely grateful to Disney for providing us the opportunity to expand our Orville community further. I can’t wait for new audiences to experience this series,” MacFarlane said.

All 36 episodes will continue to be available to stream on Hulu.

No announcement was made as to whether the series has been renewed for a fourth season.