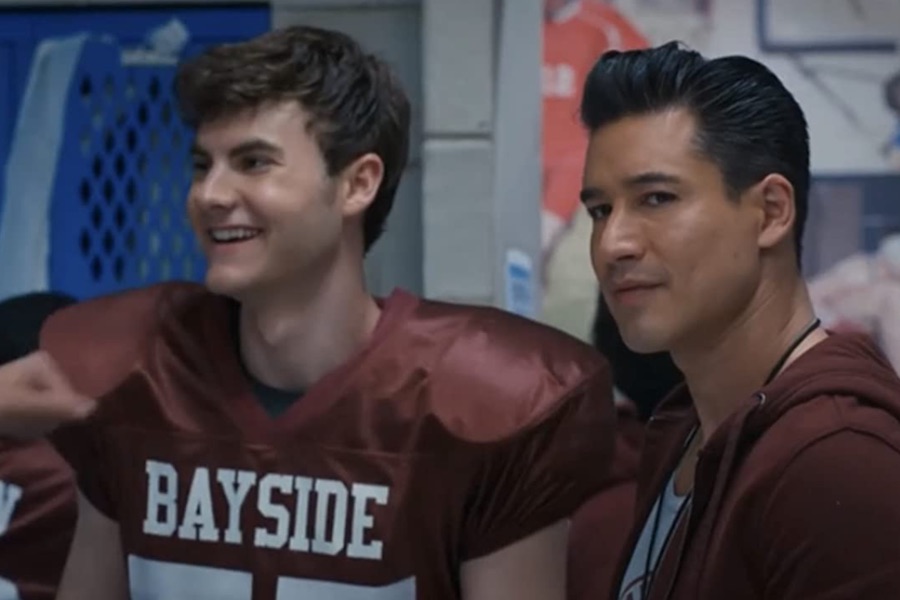 "Saved by the Bell"

Peacock’s “Saved by the Bell” reboot was the top rising show and Netflix’s “The Crown” was again the top binge program on the TV Time charts for the week ended Nov. 29.

The reboot of “Saved by the Bell,” which debuted on Peacock Nov. 25, features the original cast members Elizabeth Berkley Lauren and Mario Lopez from the early-1990s hit with several newcomers. In the new series, Governor Zack Morris sends kids from underfunded schools to the wealthy Bayside High.

Taking the silver on the rising show chart was “The Flight Attendant,” which debuted on HBO Max on Thanksgiving. The limited series based on the book stars Kaley Cuoco as a flight attendant who doesn’t know what happened after she wakes up in the wrong hotel, in the wrong bed with a dead man.

“The Crown,” season four of which debuted Nov. 15, chronicles the continuing saga of the British royal family with the addition of a new princess, Diana, and the marital problems that ensue with her husband and heir to the throne Prince Charles. It also follows the friction between Prime Minister Margaret Thatcher (Gillian Anderson) and Queen Elizabeth II (Olivia Colman).

Coming in at No. 2 on the binge chart was “The Queen’s Gambit,” which debuted on Netflix Oct.  23. The limited series is a coming-of-age story following a young Beth Harmon (Anya Taylor-Joy), abandoned and entrusted to a Kentucky orphanage in the late 1950s, who discovers an astonishing talent for chess while developing an addiction to tranquilizers provided by the state as a sedative for the children. Netflix Nov. 23 announced that 62 million households had watched “The Queen’s Gambit” in its first 28 days, making it the service’s biggest limited series ever.