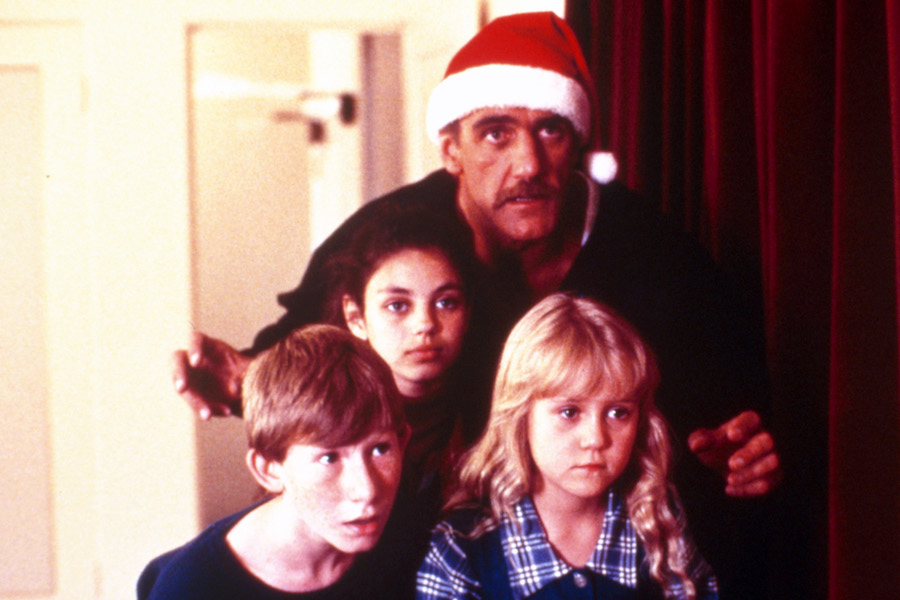 Mill Creek Entertainment will release a collection of holiday movies on disc and digital in November and December.

Making its Blu-ray debut Nov. 5, Santa With Muscles stars wrestler Hulk Hogan as an evil millionaire who gets amnesia during the holiday season and becomes convinced that he is Santa Claus. He uses his new identity to fight crime and bring good cheer to all good boys and girls.

Based on the children’s book Angela and the Baby Jesus by Frank McCourt (Pulitzer Prize-winning author of Angela’s Ashes), comes Angela’s Christmas, a poignant story from the Oscar-nominated studio Brown Bag Films about the power of family and the innocent desire of a child to ensure everyone is safe, warm and loved at Christmas.  The Emmy-nominated title will come out on DVD Nov. 19.

Finally, due Dec. 10 on DVD is Christmas on the Range. In the film, Kendall Riley (Erin Cahill) is finally about to succeed in turning her family ranch into a farm producing organic beef. But she is opposed every step of the way by her neighboring rancher Brick McCree. When Brick’s estranged son Clint returns for the holidays, he and Kendall hit it off, which only enrages Brick more.

Each of these titles also features a digital redemption on www.movieSPREE.com.