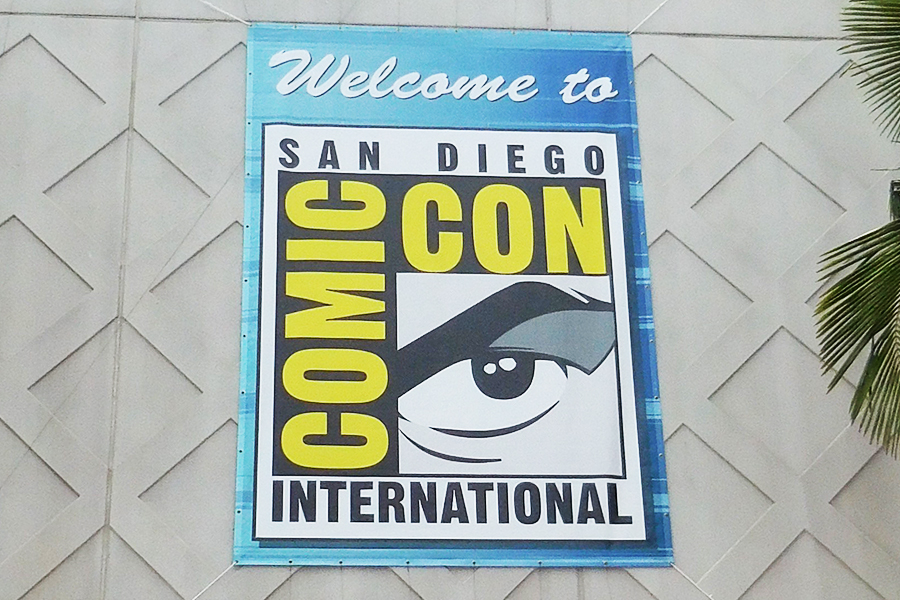 The organization behind the annual San Diego Comic-Con International could lose its tax-exempt status in the state of California over a delay in filing paperwork with the IRS.

According to its mission statement, San Diego Comic Convention, aka Comic-Con International, “is a California Nonprofit Public Benefit Corporation organized for charitable purposes and dedicated to creating the general public’s awareness of and appreciation for comics and related popular art forms, including participation in and support of public presentations, conventions, exhibits, museums and other public outreach activities which celebrate the historic and ongoing contribution of comics to art and culture.”

In an April 8 letter to SDCC, California Attorney General Rob Bonta indicated the state’s Registry of Charitable Trusts had not received a copy of SDCC’s Form 990 filing, which the Internal Revenue Service uses to gather information on tax-exempt organizations. Bonta’s letter gave SDCC a May 15 deadline to provide the state with a copy of the form or an approved IRS extension. Failure to submit the paperwork within 60 days of the date of the letter would result in the California Franchise Tax Board would being notified to treat SDCC as a taxable corporation.

Delinquent organizations may not engage in any activity for which registration is required, including solicitation or disbursing of charitable assets. Such a restriction would hamper SDCC’s ability to conduct its annual July San Diego Comic-Con event, which at its pre-pandemic peak drew 130,000 registered attendees. SDCC in the spring also stages the annual WonderCon in Anaheim, Calif., drawing about 60,000 guests.

According to Bonta’s letter, late fees will be imposed by the Registry of Charitable Trusts for each month or partial month for which the reports are delinquent. Directors, trustees, officers and return preparers responsible for failure to timely file these reports are also personally liable for payment of all late fees, which cannot be paid with charitable assets.

According to the Times of San Diego, SDCC this past Nov. 18 filed its annual registration renewal fee report, claiming it lost more than $8 million in 2020 when it was forced to cancel both WonderCon and Comic-Con due to the pandemic ($3.97 million gross revenue vs. $11.98 million in gross expenses). It reported total assets of $42.4 million.

SDCC may try to make up its pandemic losses through franchising. April 4 global brand management firm IMG announced it had been retained as SDCC’s first-ever licensing agency.

“Over 50 years ago, the Comic-Con founders simply wanted to draw attention and recognition to the comics and other art forms they loved,” Bruno Maglione, president of licensing at IMG, said in a statement. “In doing so, they discovered a shared interest in this and related Sci-Fi, fantasy, and genre content wider than they could have possibly imagined. Today, that comic culture is mainstream entertainment culture thanks in large part to Comic-Con’s championing of this art form and its brilliant creators, and Comic-Con is the leading curator brand and guide in this space, allowing it to secure consumer attention and deliver consumer value in more ways.”

IMG will be working with SDCC to identify partners who can develop products, retail destinations, and experiences for the millions of fans not able to partake in the annual Comic-Con convention experience. Brand licensing is allowed under IRS nonprofit regulations.

“We began talking to IMG around six months ago and in the course of those discussions, it hit home to us that we could use our expertise to serve the ever-growing fan community in more ways, places and times than ever before,” David Glanzer, chief communications and strategy officer for SDCC, said in a statement. “In 2021, we embarked on the new Comic-Con Museum and now, with IMG’s expertise working with specialist partners to deliver authentic brand experiences, we can pursue an exciting new phase for the Comic-Con brand.”

Writing for BleedingCool.com, observer Rich Johnston noted the licensing deal could be the first step in SDCC expanding its shows beyond California, emulating the for-profit ReedPOP company, which produces several events globally, including trademark comic conventions in New York and Chicago, Emerald City Comic Con in Seattle, and Disney’s Star Wars Celebrations (the next of which is slated for May 26-29 in Anaheim).