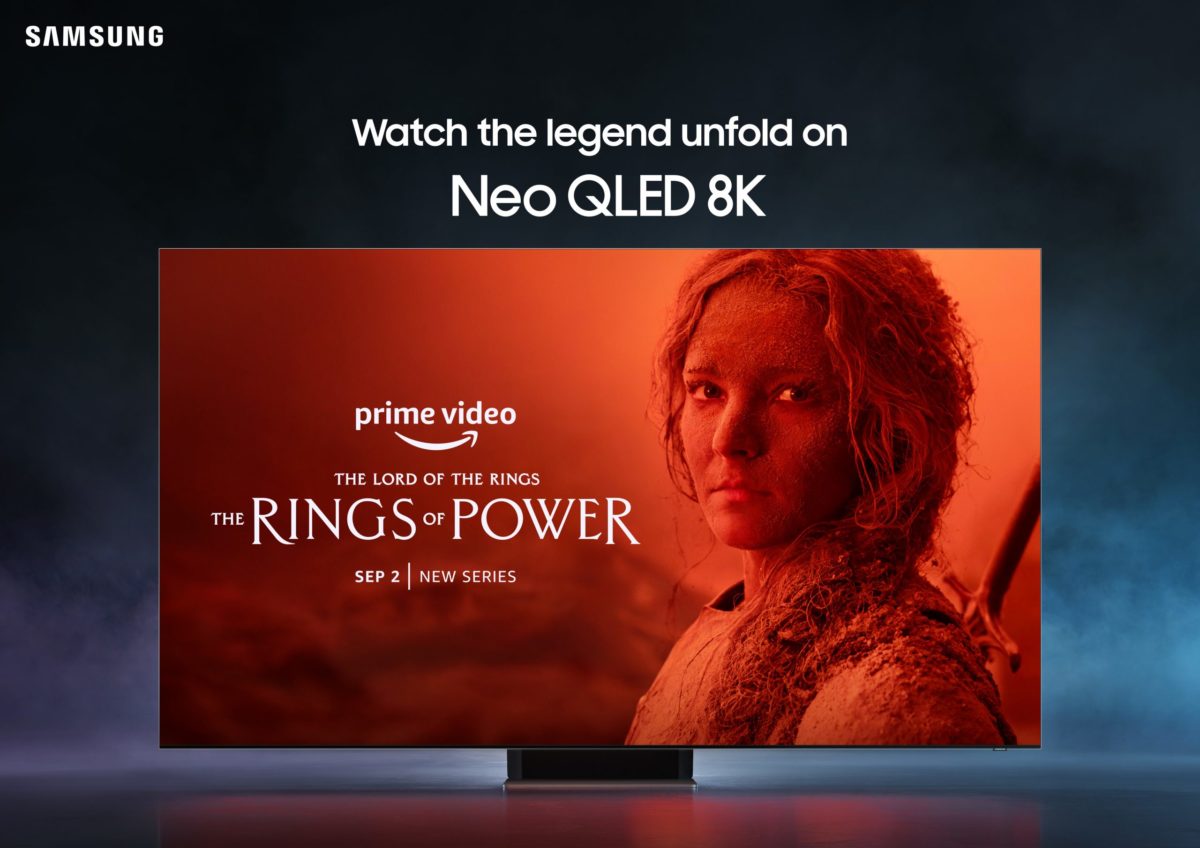 Samsung has entered into a collaboration with Prime Video that offers viewers the opportunity to stream exclusive 8K content from the upcoming (Sept. 2) Amazon Studios’ original series, “The Lord of the Rings: The Rings of Power” on select Samsung TV screens.

Samsung will be the first to offer series content in 8K resolution through a custom sneak peek with exclusive scenes. Viewers will have the opportunity to experience the series in extended depth and detail on Samsung Neo QLED 8K TVs and “The Wall” 8K Micro LED displays.

“When considering how to immerse our global fans in the world of ‘The Lord of the Rings: The Rings of Power,’ Samsung’s exceptional technology and screens felt like a natural fit,” Andrew Bennett, VP of Global Device Partnerships at Prime Video, said in a statement.