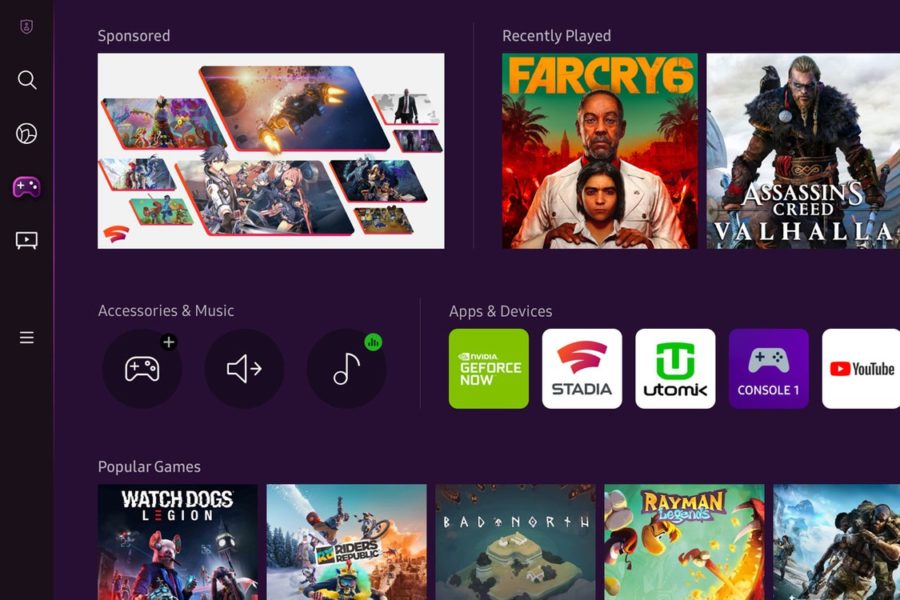 Samsung is getting into the video game business. The venerable South Korean consumer electronics giant is hoping to replicate recent successes in the ad-supported video streaming market with the development of the cloud-based Samsung Gaming Hub.

Through partnerships with third-party video game streaming platforms such as NVIDIA GeForce Now, Stadia and Utomik, the Gaming Hub will offer owners of select 2022 Samsung Smart TVs access to games later this year.

“We know that gaming continues to increase in popularity for our customers and we have bridged the gap between our Smart TV leadership and advanced gaming software to create an easier way for people to enjoy the games,” Won-Jin Lee, corporate president at Samsung Electronics, said in a statement.

Doki Tops, founder/CEO of Utomik, said partnering with Samsung will help jumpstart the company’s cloud-based gaming —the next major market in the gaming industry.

“It starts Utomik’s journey into hybrid gaming, allowing gamers to play games on any device and transition seamlessly to other devices, using both our smart download technology or cloud gaming technology depending on device and context,” Tops said.