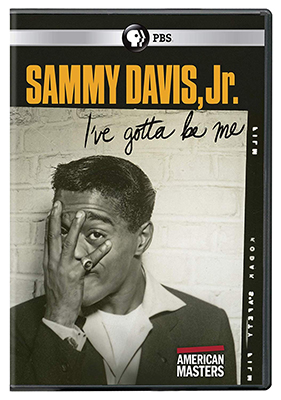 Finding a bigger Rat Pack fan than I during that assemblage’s roughly 1960-64 heyday was no easy assignment, so Sammy Davis Jr., always got a pass from me despite my general lack of enthusiasm for performers who feel they had to wear jewelry stores to the car wash or the proctologist. Of course, prodigious talent helped, and Davis kept surprising me — per, just as one example, my fairly late discovery of his astonishing early tap dancing mastery in the 1933 short subject Rufus Jones for President, which featured him at age 7. How in the world does anyone manage to steal a piece of film from Rufus co-star Ethel Waters when even Julie Harris couldn’t quite do it herself?

On the other hand — and this is way before Davis’s embrace (both figuratively and literally) of Richard Nixon — Davis was also the epitome of that forced “professional show business” ethos that the early cast members of “Saturday Night Live” would later have so much fun putting down. Jerry Lewis and Bobby Darin were culprits as well on this count, but Davis was the worst, telling audiences that he would sing his next tune to them “with their kind permission.” So as early as early junior high, my waggish buds and I would always riff on this, telling each other that we were about to hit the men’s room “with your kind permission” or that we fantasized about placing a palm up some classmate’s cheerleader outfit “with her kind permission.”

This is all coming off harsher than intended, especially since we now have a standout entry in PBS’s reliably socko “American Masters” series to make the case that its subject earned the right to indulge in the kind of stylistic excesses that defined him, including enough jewelry to provide Audrey Hepburn’s Holly Golightly with breakfasts forever. A black man through and through whose racial bullying and much worse in the army proved the point just by itself, Davis was an undeniable civil rights symbol who gained co-equal stature to share the Vegas stage — and also several larkish movies — with Frank, Dino, Joey and (for a while, Peter Lawford). Only later did it sink in that Davis was not always but too often the butt of the joke in ways the others were never quite.

Neatly dividing its subject’s life into chapters that reflected the dimensions of his career (singer, dancer, social progressive, social regressive, etc.), Sam Pollard’s documentary hits the expected bases we remember from past print biographies, press coverage and, in some cases, scandal sheets of the day including Confidential. These would include his show biz apprenticeship under “Uncle” Will Mastin (who was actually his godfather); the army experiences; the loss of his left eye in a 1954 auto accident; and his secret romance with Columbia Pictures’ top printer of money (Kim Novak), which sparked Columbia chief Harry Cohn to put a contract out on Davis if he didn’t marry a black woman — make that any black woman — within two days, which happened. I remember being so shocked at age 10 by the last when my grandmother told me that I didn’t believe it for years. Later, white co-star Paula Wayne talks about what she herself had to endure from kissing Davis in the 1964 stage production of Golden Boy.

Davis idolized Sinatra, and some say wanted to be Sinatra, and when Davis lost the eye, his idol spent one-on-one time with him trying to teach him how to pour water from a pot or decanter into a glass. Sinatra honored Davis by allowing him into the Rat Pack (though it’s tough even imagining that bunch without him) — yet at this height of his career Davis still had to reside off the Vegas Strip and in a boarding house on the dusty side of town, as all black performers did. Not covered here is the episode in which Davis said something in an interview that riled Frank, who then jettisoned him from playing what ultimately became the Steve McQueen role (big break there) in 1959’s Never So Few. Very much mentioned is the how Davis’s post-election late 1960 marriage to white actress May Britt resulted in his being bounced from performing at the JFK Inaugural gala that Sinatra produced. These were the times, and Republicans (already ready to make trouble over the election outcome) would have made hay, especially given that interracial marriage was still illegal in several states.

A key point of the doc is how Davis was color blind in how he treated people, which tended to make him tone deaf when it came to all the societal upheavals in the ’60s. Nixon seemed to be genuinely intrigued by Davis as a person but also cynically thought the performer could be used to attract a voting demographic that mostly loathed him. So, here we have footage of Davis entertaining the troops in South Vietnam and performing “The Candy Man” at a White House invitational before a bunch of ancient Republicans, the way Bob Hope used to do. Superfly this was not, and though there’s ample footage here to prove that Davis could totally charm audiences of all political persuasions prepared not to like him, Nixon fairly well dropped Davis when he realized the star was going out of fashion. The key shot at the White House show is an overhead one of tuxed-up white guys with their sea of bald domes photographed from the back and listening to “The Candy Man.”

Still, give me that voice, which has more power than I’ve ever heard coming out of someone that physically diminutive (a lot of people must have been envious at how completely Davis always kept the weight off). He was also, from the beginning, such a dancer that on a TV clip from very near the end of his life, Gregory Hines is able to pull him out of his audience seat for a duet when just a perfunctory tap or two would serve the situation and make us grateful he didn’t die on stage. Instead, we get something pretty close to the Full Sammy with no apologies needed as time momentarily stands still.

To this point, Davis was on TV a lot in the final couple decades of his career, so a lot of good and representative footage exists both of him and his time-capsule wardrobes. This really gives the doc a boost, though the interviews are good, too — and especially the ones with singer/actress Wayne, who got on the record for director Sam Pollard before his death just last November. Gotta writer Laurence Maison has a background in show biz docs, while Pollard has a heavy resumé in socially conscious race docs, including a couple for Spike Lee — a simpatico mix in theory. Pollard also directed the very fine “American Masters” on John Wayne and John Ford from 2006, so you can’t say he isn’t working from a diversified portfolio.