Samba TV July 23 announced the launch of its global Real-time TV Viewership Dashboard, an interactive TV analytics dashboard featuring geographic and demographic analysis of viewership in real-time across the world, starting with four of the largest media markets: the U.S., U.K., Germany and Australia. 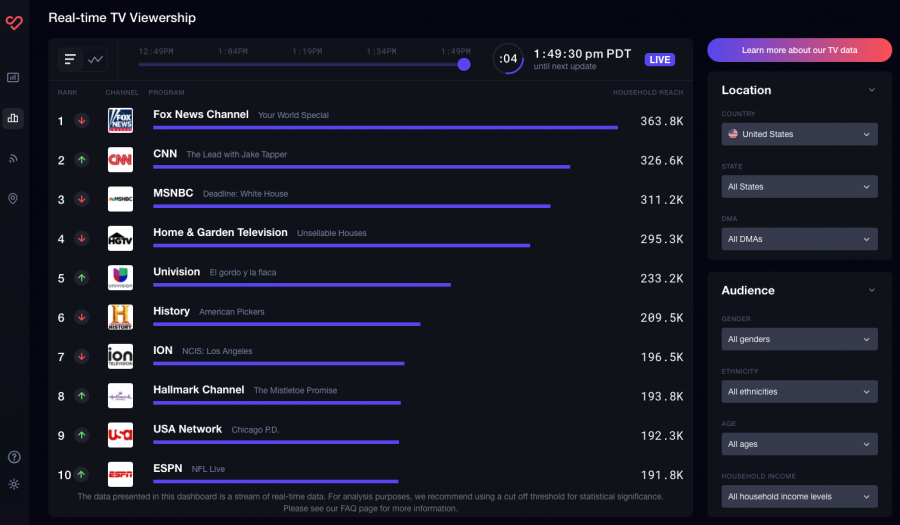