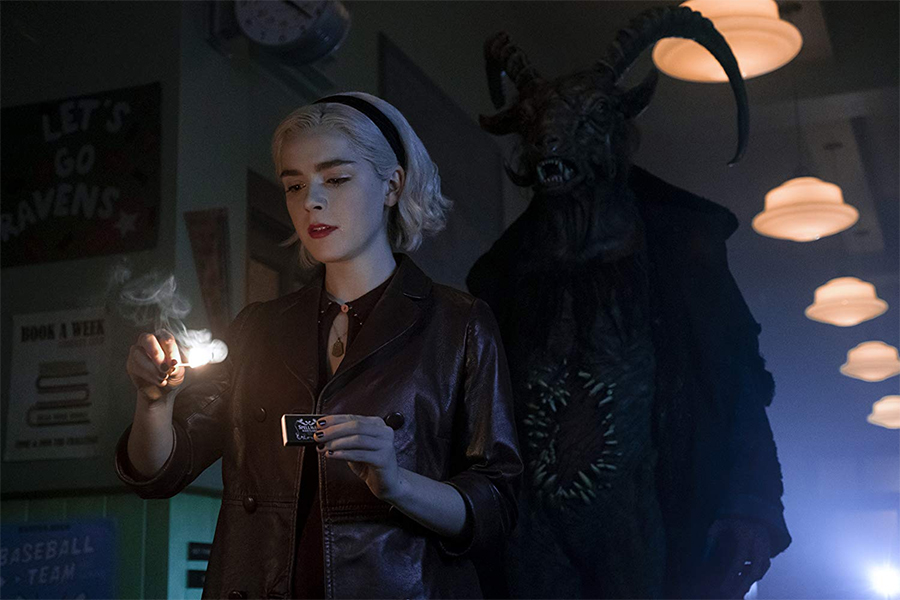 The April 5 debut of a new batch of episodes helped push Netflix’s “Chilling Adventures of Sabrina” to the top spot on Parrot Analytics’ digital originals chart for the week ended April 13, up from No. 14 a week earlier.

Netflix’s “On My Block” maintained the No. 2 spot with 36.1 million expressions, down 16.6% from the previous week.

Hulu’s true crime drama “The Act” rose to No. 3 from the fourth spot a week earlier, though its expressions dropped 17% to 34.8 million.

Netflix’s “Stranger Things,” the previous week’s top title, dropped to No. 4 with 33.2 million expressions, down 27.9% for the week. 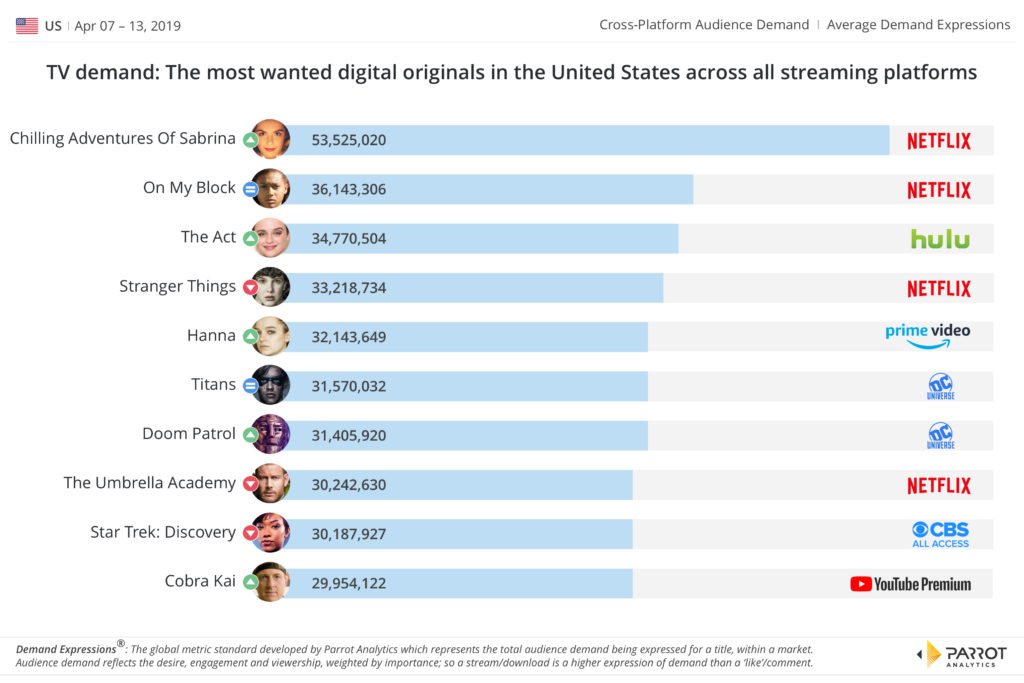