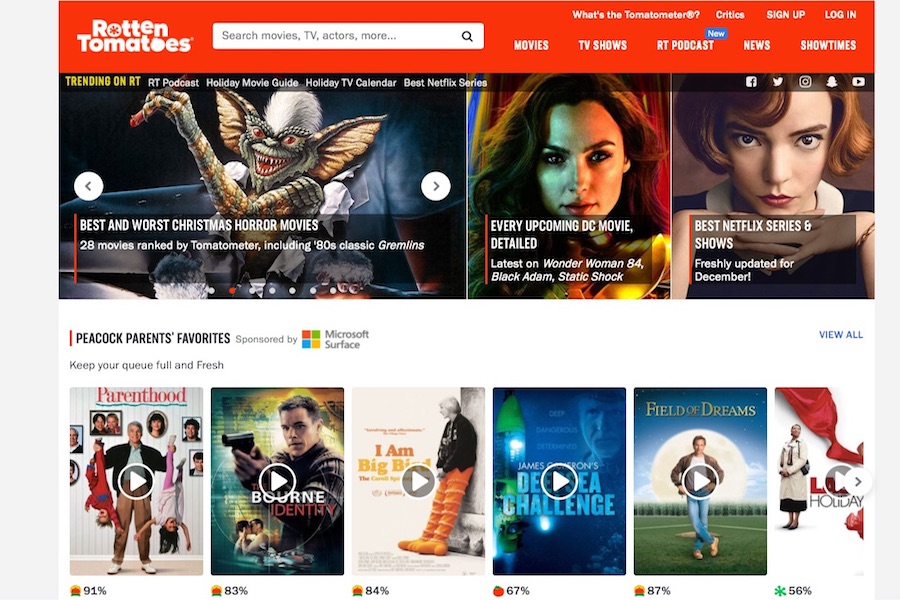 Rotten Tomatoes, Fandango’s movie, TV and streaming recommendation service, has launched a new Top Critics program for its Tomatometer rating system, including new criteria that will increase inclusion and recognize individual achievement in criticism, according to the service.

Established in 2008, the Top Critic designation was created to distinguish Tomatometer-approved critics who excel at and demonstrate a deep commitment to their craft, according to the service. Top Critic reviews are featured prominently on Rotten Tomatoes’ movie and TV pages, factor in the designation of Certified Fresh, and are pooled to generate a “Top Critics” Tomatometer score.

Rotten Tomatoes’ refreshed Top Critics criteria place an increased emphasis on a critic’s individual qualifications, body of work and dedication to the art and future of entertainment criticism, rather than basing the critic’s designation solely on their publication or employer’s status, according to the announcement. Critics working in modern media platforms beyond the written review, including podcasts and digital and video series, are also now eligible for Top Critic consideration.

“With this change, the pool of those offering authoritative perspectives as Top Critics will be more inclusive, a top priority for Rotten Tomatoes,” according to the service’s press release. “Of the 170 new individually approved Top Critics, 60% are women, an estimated 25% are people of color and 24% publish via video and podcast media. Rotten Tomatoes will continue to recognize critics contributing to Top Critic-approved publications and will be granting approval to several new outlets whose high-quality work serves underrepresented audiences.”

“At Rotten Tomatoes, we continue our commitment to building a more inclusive critics pool that reflects and serves the global entertainment audience, and today we took another important step by modernizing our Top Critics program,” Jenny Jediny, Rotten Tomatoes head of critics relations, said in a statement. “Our team understands the value of the Top Critic designation and its ability to expand professional opportunities for critics. With an increased focus on individual merit and contributions to the field of criticism, our team is thrilled to award Top Critic status to an additional 170 deserving voices.”

“Professional critics have been the backbone of Rotten Tomatoes for more than twenty years and they have helped Rotten Tomatoes grow into the trusted resource for entertainment reviews and recommendations,” Paul Yanover, president of Fandango, said in a statement. “Revamping Rotten Tomatoes’ Top Critics program is another key move in our ongoing effort to increase inclusion and elevate the voices of underrepresented critics, ensuring that we serve our global audience with the best, most authentic information.”

In 2018, Rotten Tomatoes refreshed the overall criteria for critics contributing reviews to its Tomatometer rating system, allowing more freelance critics to qualify, as well as those working on newer media platforms. Since the critics’ criteria refresh, Rotten Tomatoes has added more than 825 new critics, with 51% being women, an estimated 20% people of color, 59% freelancers and 13% publishing on newer media platforms.