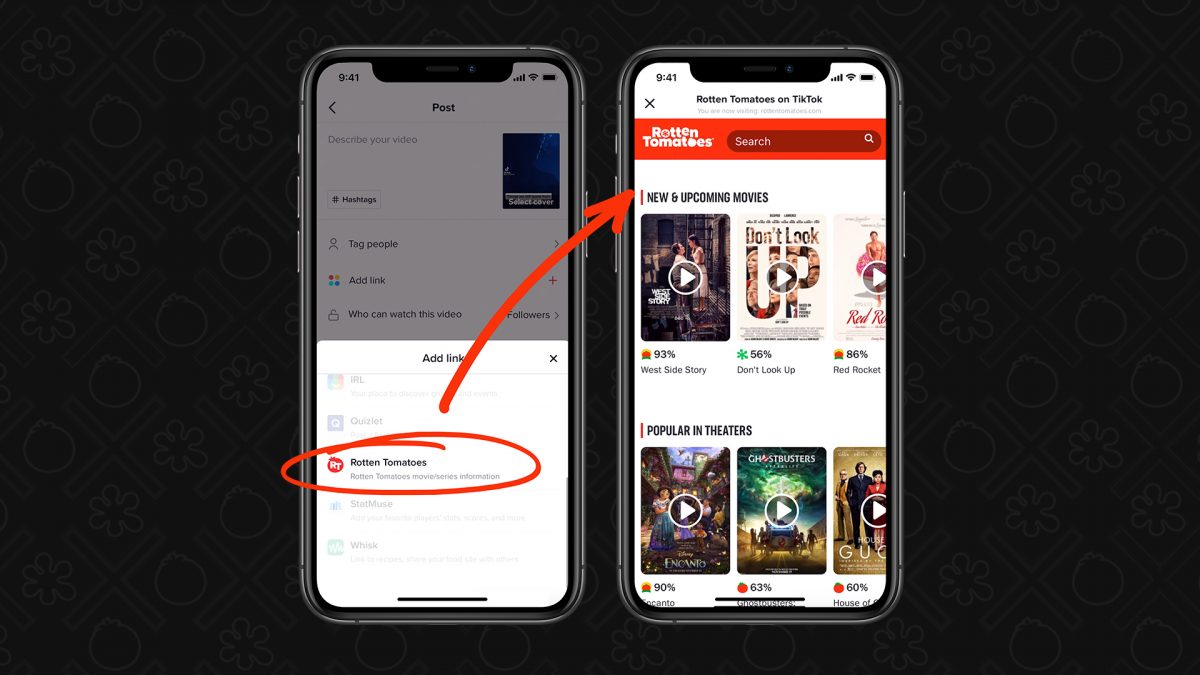 The Rotten Tomatoes TikTok Jump will enable creators to link to movie and TV trailers, Tomatometer and Audience ratings, reviews, information on where to watch, clips, and cast and crew info for entertainment fans.

Film and TV clips and soundbites have been popular on TikTok, with users often requesting more information on the content. The companies are working together with studios for the new holiday releases, Spider-Man: No Way Home, West Side Story, Sing 2 and The Matrix Resurrections.

“Teaming up with TikTok is the next step in our journey and we’re thrilled to provide [their] community access to all that our site has to offer,” Sandro Corsaro, SVP and chief creative officer at Rotten Tomatoes, said in a statement.

Launched in 1998, Rotten Tomatoes has evolved over the years to harness social media and help moviegoers and consumers find movies, TV shows, and streaming content. Earlier this year, the brand launched its first-ever channel on Roku, Samsung TV Plus, Peacock and Xumo, featuring 24/7 linear programming with over a dozen originally produced shows and nearly 400 hours of premium long and short-form video content, in addition to its original video series “The Ketchup,” “Binge Battle,” and the “Rotten Tomatoes is Wrong” podcast.

“Through the new Rotten Tomatoes Jump feature, we’re excited to give our community access to a trusted source of entertainment reviews, recommendations, trailers and more,” said Harish Sarma, global head of content business development at TikTok.