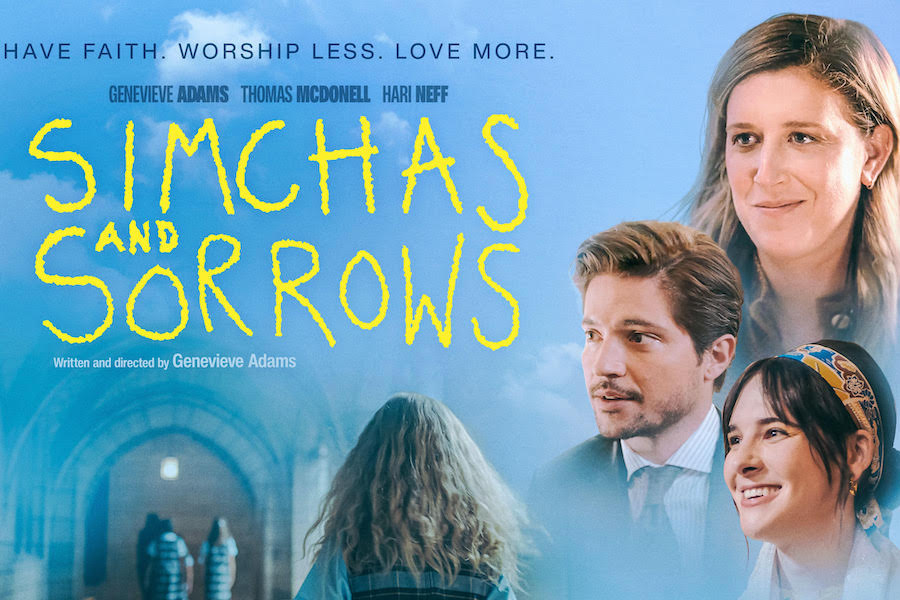 The quirky, interfaith, romantic dramedy Simchas and Sorrows will be released at the Laemmle NOHO Theatre in North Hollywood Sept. 16, and via VOD or digital purchase Sept. 20 from Gravitas Ventures.

From NYC filmmaker Genevieve Adams, the independent film is about a secular, free-spirited artist and former Catholic school girl, Agnes, who must come to terms with religion in order to marry the love of her life, Levi. Shocked by a surprise pregnancy, the earnest Agnes agrees to begin converting to Judaism, in an effort to be accepted by Levi’s more conservative Jewish family. Learning to join the tribe and follow the herd proves no easy task for someone who has spent her whole life questioning, and then breaking, the rules. As Agnes and Levi study with the progressive, courageous Rabbi Cohen, they discover all is not what it appears to be on the surface. As family secrets come to light, Agnes and Levi are forced to grapple with life’s big questions. The film explores an evolving, modern Judaism, orthodoxies and hypocrisy, sibling rivalry, modern love, mental illness, artistic inheritance, and antisemitism.