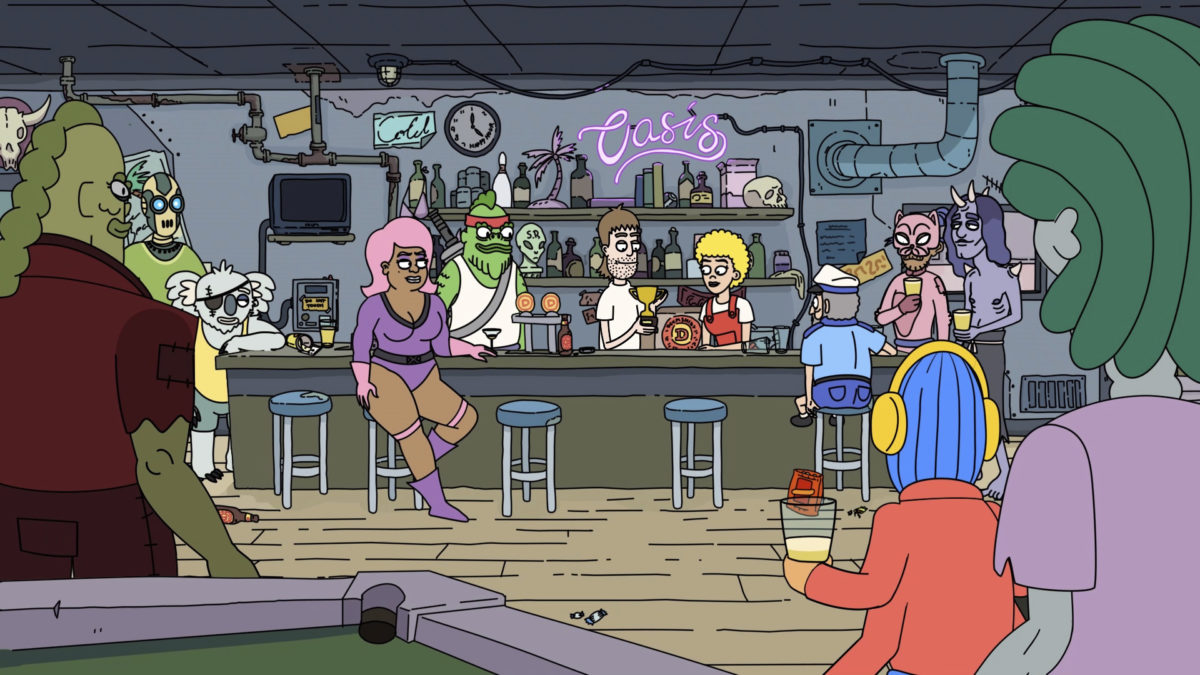 Roku on Jan. 20 announced it would launch its first adult animated series, “Doomlands,” on The Roku Channel Jan. 28.

Series creator Josh O’Keefe’s university film project turned into a crowd-funded pilot and was later developed by Josh Bowen and Look Mom! Productions. The post-apocalyptic comedy follows two aspiring bartenders (voice actors Mark Little and Kayla Lorette) as they sling beers across a hellish wasteland in their mobile pub: The Oasis. Facing ruthless desert gangs, memory-stealing creeps, and even mean bathroom graffiti, all this crew’s got to do to survive is not kill each other.

The series will be available exclusively on The Roku Channel in the U.S., Canada, and the U.K.

“‘Doomlands’ is an homage to Ozploitation and Sci-Fi cinema, and after many years in development, I’m so stoked for it to debut on The Roku Channel,” O’Keefe said in a statement.

Bowen, executive producer and managing director of Look Mom! Productions, said the series was produced almost entirely throughout the pandemic from his mom’s basement with the help of “her home cooked meals.”

“The final product is a testament to the resilience and adaptability of our team, and we’re so excited that it’s now a Roku Original,” he said.

Colin Davis, head of original scripted programming at Roku, believes the series will make O’Keefe a household name in animation.

“What he’s created is clever, laugh-out-loud funny, and indisputably wild, all while grounding the show in excellent characters,” Davis said. “We feel so lucky to be the home to his brilliance.”

Look Mom! Productions, a Blue Ant Media company, specializes in producing original animated content for teens and adults. The company’s philosophy focuses on a creator-driven approach and prioritizes a collaborative process to produce content. Its slate of programming includes Adult Swim Canada’s “Night Sweats,” VRV’s (USA) “Bigfoot,” and “Gary and His Demons” for Mondo Channel on VRV (USA), CBC Gem (Canada), Comedy Central (UK) and ABC Comedy (Australia). The company is also known for digital shorts such as “Don’t Feed the Humans,” “World Doctors,” and “Crack-Duck,” among others.

Launched in 2017, The Roku Channel is the home of Roku Originals. From scripted entertainment and documentaries to new unscripted series, Roku Originals gives viewers free access to entertainment from the biggest names in Hollywood. Roku reported about 56.4 million monthly active U.S. users in its most-recent fiscal period.