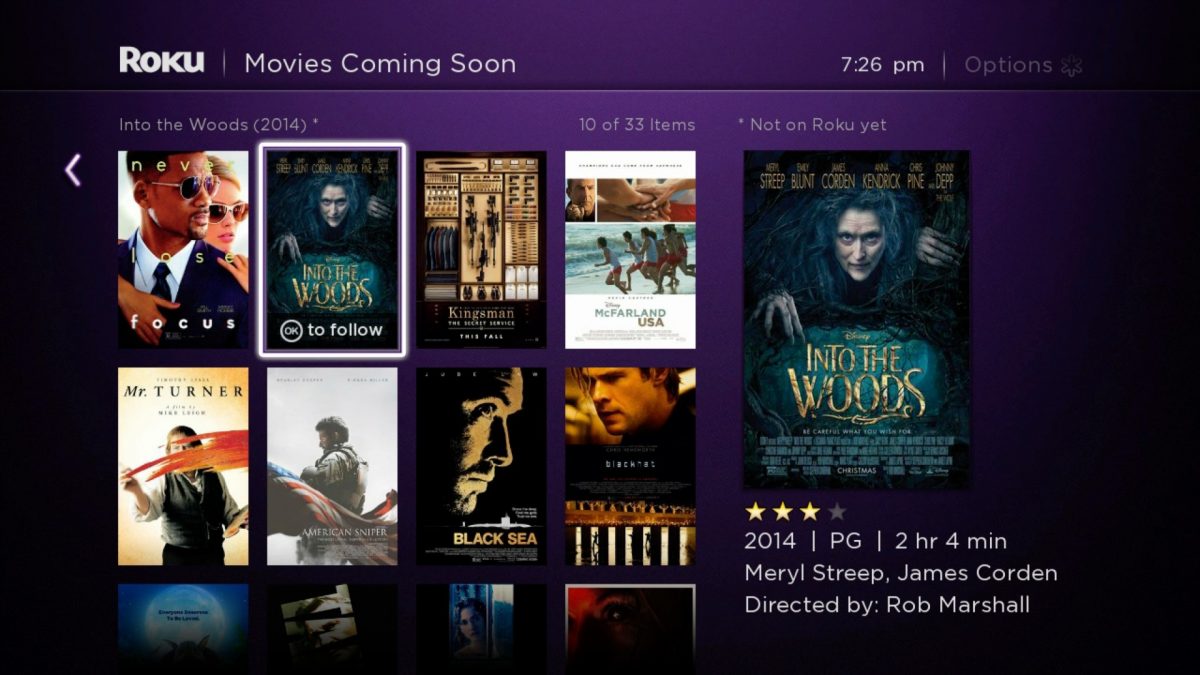 San Jose, Calif.-based Roku Aug. 5 announced it was the No. 1 connected device based on hours streamed for Disney+ in the week following the movie release of Hamilton, according to Comscore. Digital movie and TV rentals/purchases hit an all-time high in the second quarter, ended June 30, as direct-to-home feature movies Scoob! and Trolls World Tour helped more than double year-over-year subscriptions through “Roku Pay,” the company’s integrated billing platform.

Longtime CFO Steve Louden, who earlier announced he was leaving to relocate in Seattle, Wash., is staying in his position and will telecommute.

“Steve has proved that he is more than capable of performing the CFO role while residing in Seattle,” Woods wrote. “Hence, we are delighted that Steve will be staying on as Roku’s CFO and we have ended the search for his successor.”

The Roku Channel more than doubled its reach in the U.S., with the ad-supported VOD service watched by households with an estimated 43 million residents.

“We believe the pandemic has accelerated the long-term trend toward all TV being streamed,” founder/CEO Anthony Wood and CFO Steve Louden wrote in the shareholder letter.

The executives declined to give guidance on the current fourth quarter due to the increasing prevalence of COVID-19 infections around the world and the potential for disruptions and changes to historical consumer behavior and spending patterns during the back-to-school and holiday seasons.

“Q4 is the seasonally largest quarter for Roku and there is a wide range of potential outcomes given increased consumer interest in streaming on one hand, and the possibility of retailer, supply chain and advertising constraints at critical times on the other,” Wood and Louden wrote.