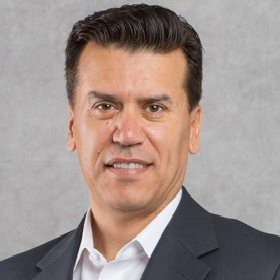 Roku Feb. 4 announced the hiring of Mustafa Ozgen as SVP and GM of account acquisition. Mustafa joins Roku from SmartKem Limited, where he served as CEO since last September.

Ozgen replaces Chas Smith, who serves as GM and SVP of Roku TVs and player. After a transition period, Smith, a “Digital Driver” in Media Play News‘ 2018 feature, is expected to retire and leave the company at the end of the first quarter (ended March 31).

“Mustafa brings a wealth of leadership experience and global TV industry knowledge which makes him well suited to spearhead our mission to make the Roku platform widely used around the world,” Wood said in a statement.

Ozgen joins Roku after having served as CEO of both SmartKem Limited and QD Vision, which was acquired by Samsung to enable its QLED branded next-generation television displays.