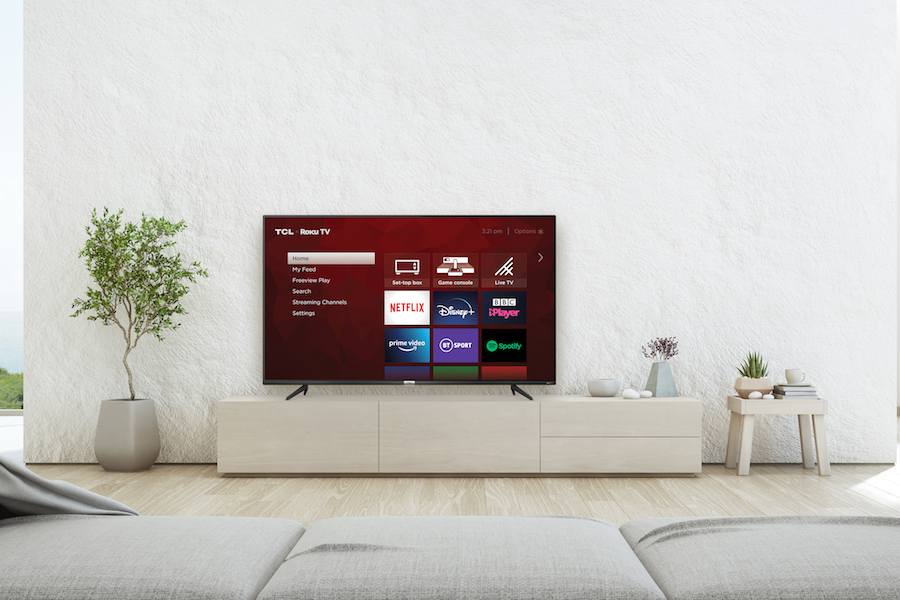 Roku is the No. 4 selling TV brand in the U.S., offering a line of Chinese-made high-definition models featuring the company’s internet-connected operating system. With Roku the largest maker of streaming media devices, its TVs amount to big-screen versions of its handheld retail products.

“What’s been happening in TVs is that there’s been a shortage of panels and it’s also been much more expensive to ship televisions,” Wood said. “It’s been more expensive to ship players as well, but TVs are bigger. And it impacts that more, so the result of all that is TV prices have gone up a lot for consumers, and that’s reduced demand for TVs.”

“Player margin was pressured … as we chose to prioritize account acquisitions and insulate consumers from higher costs,” Wood said. “We estimate that excluding the year-over-year impact of component and logistic cost increases on the player business, total gross margin would have been roughly 4 points higher for Q4.”

Regardless, Roku’s stock remains in a freefall, with shares down more than 25% in midday trading.