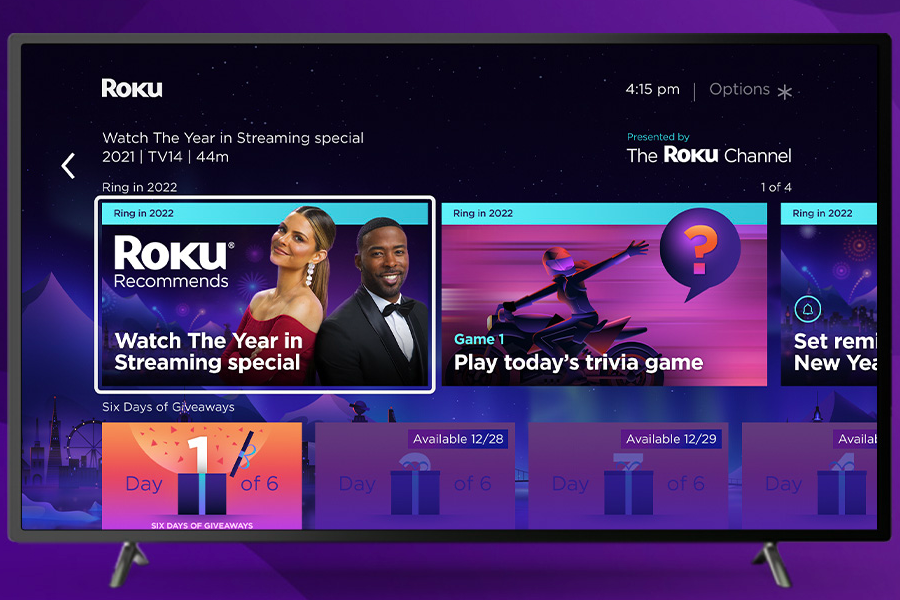 Roku Dec. 1 announced the launch of special seasonal programming on The Roku Channel, including curated collections of thousands of movies and TV shows, live TV channels, and kids & family entertainment.

Users in the U.S. can kick off the holiday season with the release of Roku’s first ever feature-length film, Zoey’s Extraordinary Christmas, from Lionsgate Television on Dec. 1. Additionally, The Roku Channel is partnering with iHeartRadio, Vevo and others to stream holiday music.

For the first time, Roku is also launching an immersive New Years’ experience across Roku devices in the U.S., starting on Dec. 27. Also included in the experience is weekly entertainment show “Roku Recommends,” which presents the top 10 shows of 2021 with its first special, “The Year in Streaming.”

“We’re connecting users with the content they want most during the holiday season,” Ashley Hovey, director of AVOD for Roku, said in a statement.

In addition to watching the film on-demand, users can stream episodes of “Zoey’s Extraordinary Playlist” through an all-new linear channel in the United States, “Roku Channel Movies & TV.” For a streaming encore, musical clips from the movie will be available to stream later this month within the “Music on The Roku Channel,” featuring a variety of channels and music video programming from iHeartRadio, Qwest Jazz, Stingray and Vevo.

The Roku Channel is also expanding its roster of linear music channels, enabling users to choose their favorite musical genre. Users will also be able to enjoy a 24-hour Yule Log channel.

Finally, for the first time, users, starting Dec. 27, will be able to stream an immersive New Year’s Eve experience directly from their Roku home screen, complete with Roku’s 2022 countdown clock.