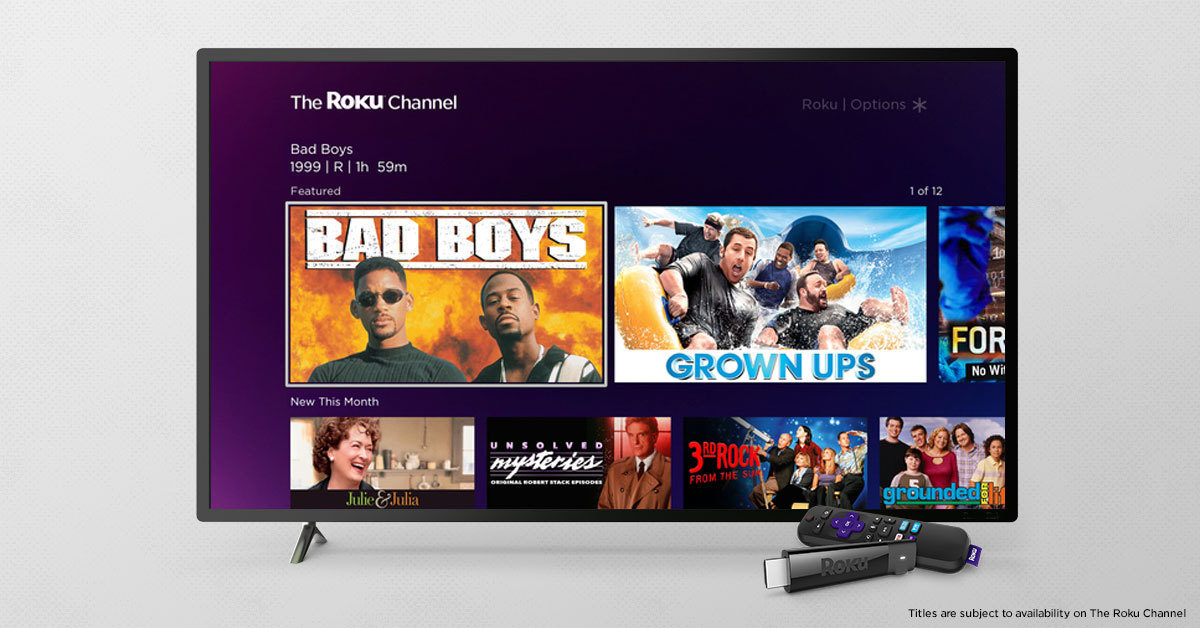 In Canada, Roku said the channel is expected to average about a third less advertising per programming hour than ad-supported linear TV.

“Our users are looking for great free content, and with the launch of The Roku Channel we are making it easy for them to find it,” Rob Holmes, VP of programming, said in a statement.

Every month The Roku Channel will feature a selection of classic movies, starting with Bad Boys, Julie & Julia and Grown Ups, alongside a curated selection of content from existing channel publishers on the Roku platform.

Publishers participating at launch include American Classics/Hatch Farm Studios, FilmRise and Total Content Digital; others are expected to be added over time.

In Canada, the Roku streaming platform offers a collection of more than 5,000 free and paid-for channels offering access to 150,000 movies and TV episodes. The Roku Channel will be rolled out over the coming weeks. Once available for their device, Roku users can add the channel from the Roku Channel Store and start streaming free movies and TV shows.