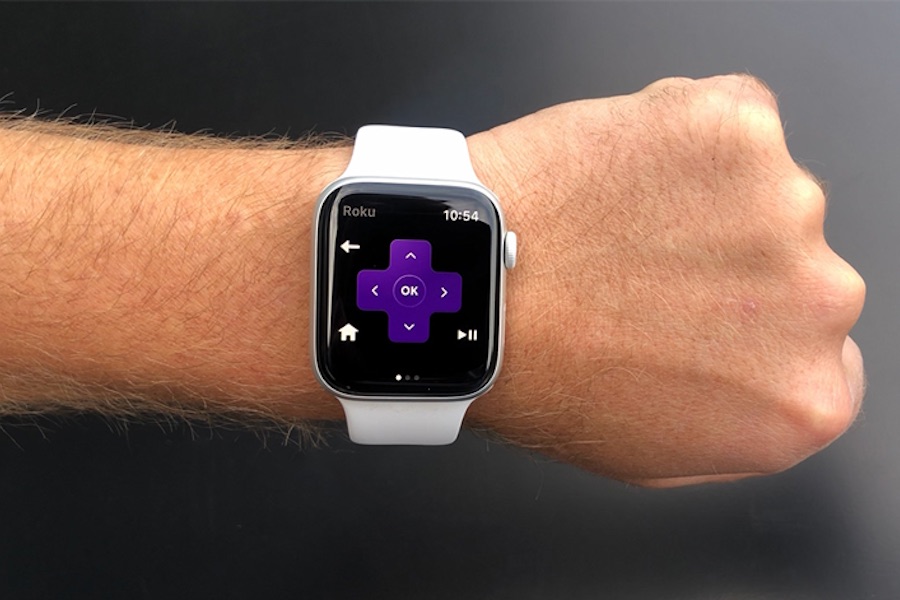 To access the new functionality, Apple users must update the Roku app to version 6.1.3 via their iPhone, and the app will appear on Apple Watch.

The app on Apple Watch features a remote feature to control the Roku device directly from Apple Watch through a circular crown on the watch.

Apple users can switch channels on their TV with a tap of the watch screen. Channels are listed in order of most recently launched.

Simply tap the voice icon in the app and say commands like “Launch Hulu,” “search for comedies,” “switch to HDMI 1” for your Roku TV, and much more.

Use the Roku app for Apple Watch to signal your Roku remote and it will play an audible chime so you can find it in the couch cushions. Available on the Roku Ultra and select Roku TV models.