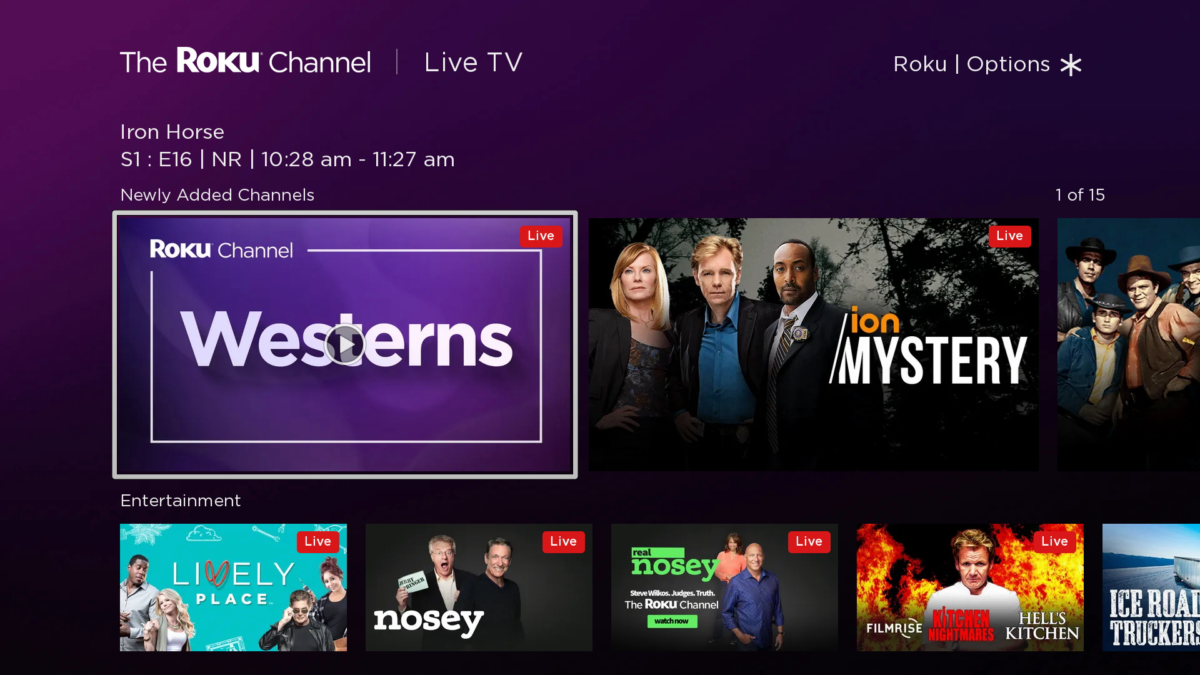 Roku Aug. 16 announced the launch of 14 new linear channels on The Roku Channel and through the ad-supported platform’s Live TV Guide.

Viewers now have access to a variety of new genres and programming, including additional local news channels, Spanish-language entertainment, lifestyle, and true crime, among others.

In addition to the eight local news channels announced in June, The Roku Channel is adding channels for San Diego, Boston and the Bay Area, as well as a national broadcast channel LX News, a news network by NBCUniversal Local for Adults 18-45.

The Roku Channel is also bringing on six Scripps channels for audiences to enjoy, with programming on Ion like “NCIS,” “Chicago P.D.,” “Chicago Fire,” “Law & Order” and “Hawaii Five-O,” among others.

“From local news channels to your favorite drama and crime series, to additional Spanish-language content, we are committed to providing it all for our viewers,” Ashley Hovey, head of The Roku Channel AVOD, said in a statement.

Ion Plus is home to 24/7 entertainment featuring hit series and top dramas.

Launched in 2017, the ad-supported Roku Channel features free and premium entertainment. In Q4 2021, The Roku Channel reached U.S. households with an estimated 80 million people. The platform was a top five channel on the Roku platform in the U.S. by active account reach in Q3 and Q4 2021. Today, the platform features a diverse lineup of more than 80,000 free movies and programs and more than 300 free live linear television channels in the U.S.