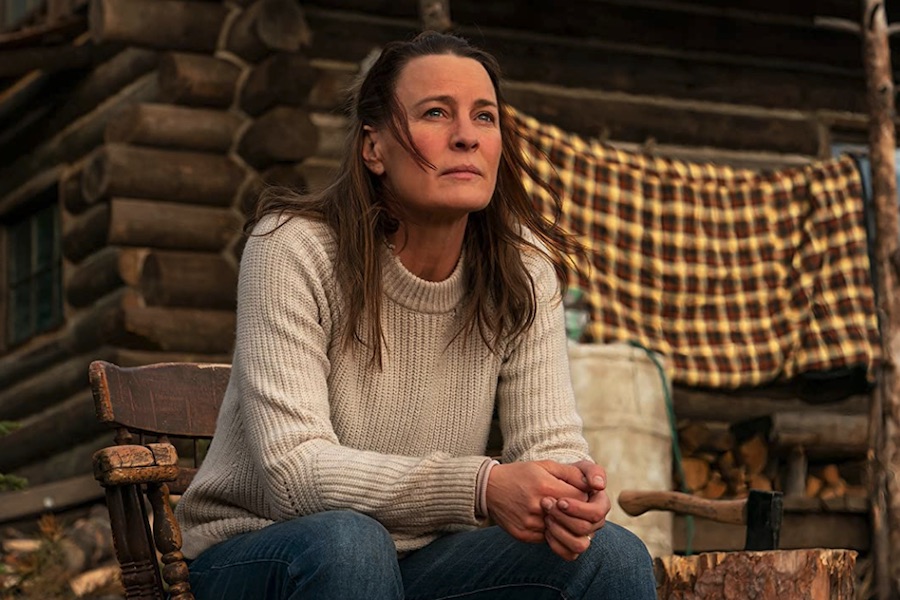 The drama Land, starring and directed by Robin Wright, will come out on digital April 27 and on Blu-ray and DVD May 11 from Universal Pictures Home Entertainment. 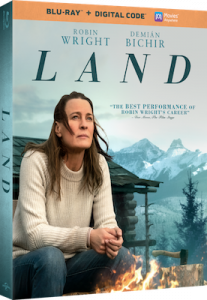 From acclaimed actress Wright (Wonder Woman, “House of Cards”) comes her feature film directorial debut, the story of one woman’s search for meaning in the vast and harsh American wilderness. Edee (Wright), in the aftermath of an unfathomable event, finds herself unable to stay connected to the world she once knew, and in the face of that uncertainty, retreats to the magnificent, but unforgiving, wilds of the Rockies. After a local hunter (Demian Bichir, The Hateful Eight, “Weeds”) brings her back from the brink of death, she must find a way to live again.

Bonus features on Blu-ray, DVD and digital include “Crafting Land,” in which filmmakers and cast discuss how shooting in such a beautiful but brutal location added unique challenges and a distinct authenticity; “Robin Wright: Feature Film Directorial Debut,” in which Wright reveals why this project stood out from the others she considered for her feature film directorial debut, and how directing the film gave her a unique perspective on what she needed to give as an actress; and “After the Trauma,” examining the mental process Edee goes through in the aftermath of tragedy, how her pain is relatable, and why this was the perfect time to tell such an uplifting story.