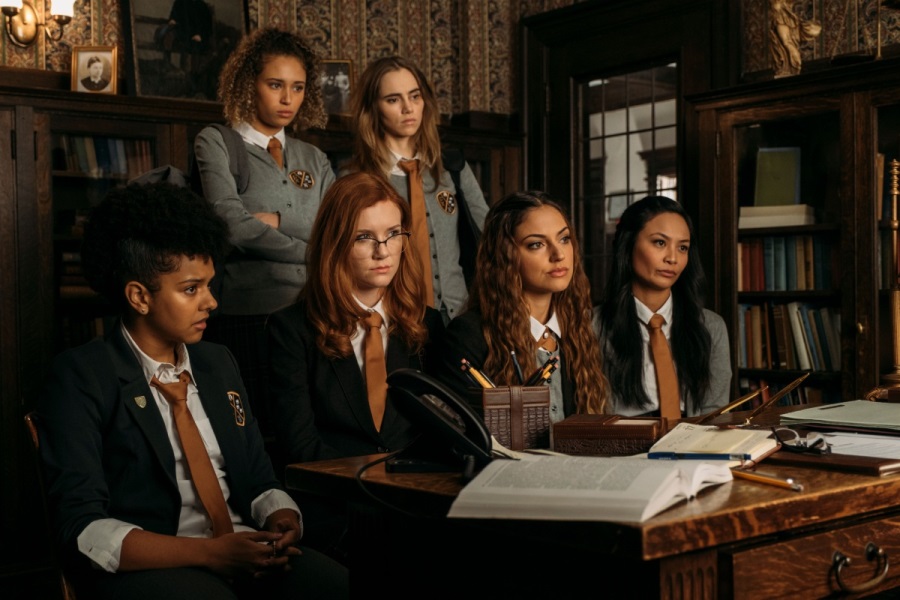 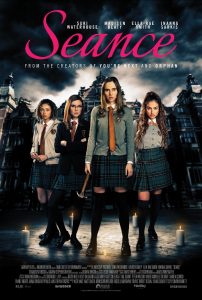 RLJE Films announced the Aug. 3 release of Seance, a horror film written and directed by Simon Barrett (You’re Next, The Guest).

Starring Suki Waterhouse (Assassination Nation, The Divergent Series: Insurgent), Madisen Beaty (Once Upon a Time… In Hollywood, The Curious Case of Benjamin Button), and Ella-Rae Smith (“Into the Badlands,” Fast & Furious Presents: Hobbs & Shaw), Seance follows the story of a new student at the prestigious Edelvine Academy for Girls named Camille Meadows. Soon after her arrival, she is invited by six other girls to join them in a late-night ritual, calling forth the spirit of a dead former student who reportedly haunts the school halls. When morning comes around, one of the girls is dead, leaving the others wondering what they might have awakened.

DVD and Blu-ray bonus features include commentary from the director, behind-the-scenes footage, outtakes, deleted scenes, decapitation pre-viz, and a “Behind the Scenes” photo gallery.