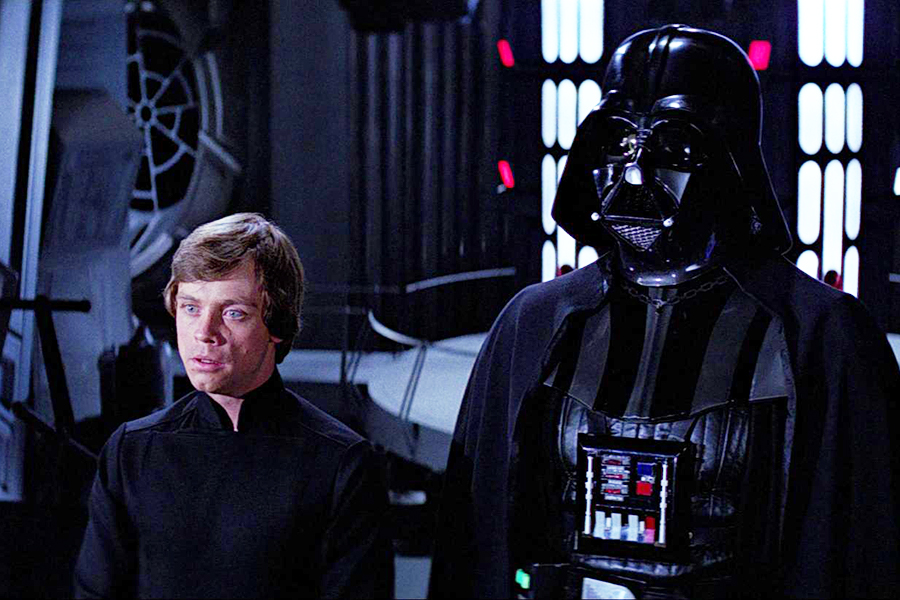 Star Wars: Return of the Jedi

The Library of Congress Dec. 14 announced that the 25 films joining the National Film Registry in 2021 would include the “Star Wars” sequel Return of the Jedi, as well as films such as Wall-E, A Nightmare on Elm Street, Strangers on a Train, Selena and The Lord of the Rings: The Fellowship of the Ring.

Return of the Jedi from 1983 was selected after receiving the most votes from the public. Its inclusion completes the placement of the original “Star Wars” trilogy onto the National Film Registry, making it the first franchise with at least three films on the list. The original 1977 film was included in the inaugural list in 1989, while 1980’s The Empire Strikes Back was included in 2010.

“Little did I know when I started writing a tale about good, evil, friendship and the Force, it would become a lifelong journey of creativity, imagination and innovation for so many,” said “Star Wars” creator George Lucas. “A great honor of learning ‘Return of the Jedi’ has been included in the National Film Registry is knowing the original trilogy of the Star Wars Saga will be preserved in full as nominated by the public, safeguarded as part of our shared American Cinema heritage by our nation’s oldest federal cultural institution, the Library of Congress, and the National Film Preservation Board.”

The kickoff to another trilogy, The Lord of the Rings: The Fellowship of the Ring from 2001, based on the book by J.R.R. Tolkien, also earned strong public support.

Also making the list were a pair of animated projects from Disney — the 1932 short film Flowers and Trees, which was the first three-strip Technicolor film shown to the public, and Pixar Animation Studios 2008 CG-animated sci-fi film Wall-E.

Wes Craven’s 1984 film A Nightmare on Elm Street is considered a horror classic, introducing the character of Freddy Krueger, the spirit of a serial killer who haunts children in their dreams.

Director Alfred Hitchcock’s 1951 classic Strangers on a Train tells of two men who hatch a plan to “swap” murders, each killing someone the other knows and, thereby, giving the other an air-tight alibi. Strangers on a Train is the ninth Hitchcock film added to the Registry, following 1940’s Rebecca, 1943’s Shadow of a Doubt, 1946’s Notorious, 1954’s Rear Window, 1958’s Vertigo, 1959’s North by Northwest, 1960’s Psycho and 1963’s The Birds.

The biopic Selena, from 1997, features a breakthrough performance by Jennifer Lopez as Tejana star Selena Quintanilla-Pérez, who was shot to death in 1995 at age 23 by the head of her fan club. The film also stars Edward James Olmos as Selena’s father, Abraham.

“It will stand the test of time,” Olmos told the Library. “[It’s] a masterpiece because it allows people to learn about themselves by watching other peoples’ culture.”

Other films selected for the National Film Registry of the Library of Congress in 2021 include:

The selections bring the number of films in the registry to 825, representing a portion of the 1.7 million films in the Library’s collections.

“Films help reflect our cultural history and creativity — and show us new ways of looking at ourselves — though movies haven’t always been deemed worthy of preservation,” Librarian of Congress Carla Hayden said in a statement. “The Library of Congress will work with our partners in the film community to ensure these films are preserved for generations to come.”

In addition to advising the Librarian of Congress on the annual selection of titles to the National Film Registry, the National Film Preservation Board provides counsel on national preservation planning policy. Many titles named to the registry have already been preserved by the copyright holders, filmmakers or other archives. In cases where a selected title has not already been preserved, the Library of Congress National Audio-Visual Conservation Center works to ensure that the film will be preserved by some entity and available for future generations, either through the Library’s motion picture preservation program or through collaborative ventures with other archives, motion picture studios and independent filmmakers. The center is located at the Library’s Packard Campus in Culpeper, Va.

Turner Classic Movies (TCM) will host a television special Friday, Dec. 17, starting at 8 p.m. ET to screen a selection of motion pictures named to the registry this year. Hayden will join TCM host and film historian Jacqueline Stewart, who is chair of the National Film Preservation Board, to discuss the films. Also, select titles from 30 years of the National Film Registry are freely available online in the National Screening Room.

More information about the National Film Registry can be found at loc.gov/film. Nominations for next year will be accepted through Aug. 15, 2022, at loc.gov/programs/national-film-preservation-board/film-registry/nominate/.