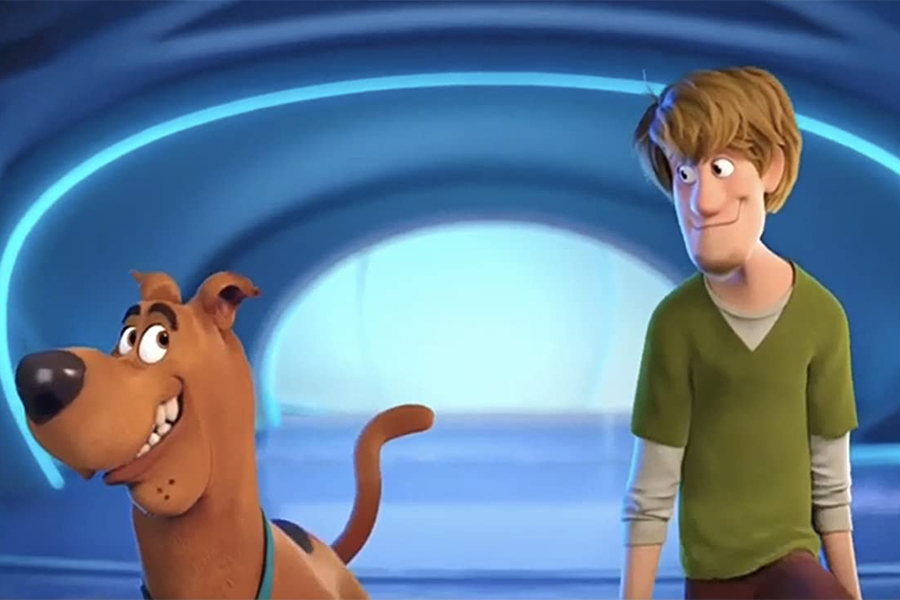 Deep catalog product isn’t the only part of the studio library fueling home entertainment as theatrical titles are stalled during the pandemic.

Jason Spivak, EVP of U.S. distribution at Sony Pictures Television Distribution, notes that Sony Pictures had a full pipeline of high-profile product when the pandemic hit. “And we’ve been actively promoting those titles to keep them top of mind, as well as releases from the end of last year, like Little Women and Once Upon a Time in Hollywood,” he says.

“Mother’s Day gave us an opportunity to revisit one of our more recent releases, Greta Gerwig’s Little Women,” adds Sony Pictures Home Entertainment senior EVP of worldwide marketing Lexine Wong. “Our team worked with Hello Sunshine to help launch a brand-new online series called ‘Comedians on Classics’ just in time for the holiday. The content featured rising female comedian Taylor Tomlinson giving a fresh and hilarious take on the beloved Louisa May Alcott story, which resonated with the film’s audience. The video has been viewed over 515,000 times since launch.”

Universal Pictures Home Entertainment is coming up with inventive ways to market films that premiered digitally at premium prices (due to the theaters shutting down) once they become available on Blu-ray Disc, DVD and regular digital channels.

“With captive at-home audiences demonstrating a heightened need for great family entertainment during this time, we recognized a unique opportunity to evolve and elevate our new home entertainment release for Trolls World Tour to fit the tone and tenor of the moment,” says Hilary Hoffman, EVP of global marketing, Universal Pictures Home Entertainment. “We created a robust Dance Party Edition offering that includes dynamic song and dance elements and all-new character-driven short-form content, we launched TikTok and Zoom-style Trolls music videos, and we adapted other marketing efforts to virtual tactics to remain connected to consumers in real time and further keep Trolls World Tour relevant.”

At Warner Bros., the May release of Scoob! was the studio’s first-ever PVOD and premium digital ownership title. The animated film came to market through “a tremendous joint effort between our theatrical team and home entertainment,” says Jessica Schell, EVP and GM, film, for Warner Bros. Home Entertainment. “When the health crisis hit and the decision was made to release Scoob! in homes, the marketing campaign for the film shifted from theatrical to at-home messaging and we enjoyed a very successful release. International release plans were just announced and it will be a mix of theatrical exhibition in markets where theaters are open, and premium in-home viewing.”

Schell says the film has become Warner Bros.’ No. 1 digital release, ever.  “We recently announced our 4K and Blu-ray release dates for Scoob!,” Schell says, “and we are leveraging the extensive at-home messaging and awareness from the May debut and are drafting heavily on the film’s success to continue strong sales through our physical availability.”

Home entertainment’s success in supporting new releases cut off by theater closings is attracting attention from the studio hierarchy. Bob Bakish, CEO of ViacomCBS, Paramount Pictures’ parent company, sang the praises of home entertainment during a presentation during the first Credit Suisse Virtual Communication Confab in mid-June. He said home entertainment has helped Paramount justify capital spending on new movies during a year of uncertainty.

The movie, starring Jim Carrey, James Marsden, Tika Sumpter and Ben Schwartz as the voice of Sonic, grossed more than $300 million at the global box office before the theatrical shutdown.

The executive said the company is monetizing the Paramount library by releasing more than 100 movies via CBS All Access and through the “Sunday Night Movie” on the Paramount Network.

While the theatrical pipeline may be stalled for now, home entertainment executives look forward to its robust return.

“We, like everybody else, are eager to see our partners in the theater business open again soon,” he says. “We want to see crowds again flock to theaters, to see tentpoles and art-house films, to buy concessions and to enjoy a tremendous community experience that has made our industry so special for so many years. It’s an important part of our ecosystem, and we’re all looking forward to a safe and productive return to the movie-going experience, which we believe is right around the corner.”

Some challenges lie ahead, Schwartz says: “What will exhibition look like when theaters reopen? What’s going to happen with capacity? We can’t rush back, but we have to make sure we give theaters enough great content so they can re-open quickly, successfully, and thrive.”

The home entertainment side of the business, Schwartz says, will remain catalog-driven until theaters have fully re-opened and the supply of theatrical titles has been completely replenished. “We will continue to work with our retail partners to come up with creative ideas, dig deep into our catalogs, and look for repromotes and anniversaries — any opportunities to engage the consumer,” he says.

Schwartz says he is heartened that during the stay-at-home period, the public’s love of movies, TV shows and other filmed content seemed to intensify.

“The one thing we’ve all seen is a love of content,” he says. “We’re seeing it consumed like never before — physical, streaming, transactional, packages — and it is clearly evident that the public’s appetite to consume our product is not only healthy but still growing. That’s why I remain so bullish about our business.”

Editor’s Note: This is the fourth and final installment in a four-part series, “Restocking the Shelves: With No Theatrical Releases, Studio Home Entertainment Marketers are Getting Creative.” The complete story will be available in the July print and digital editions of ‘Media Play News.’