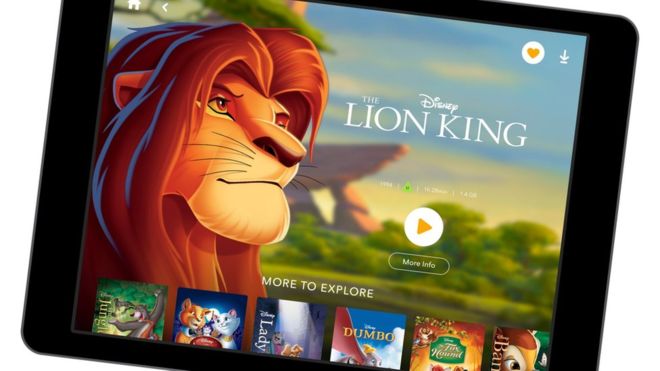 Disney’s pending subscription streaming video service is projected to generate wide consumer appeal — if it is priced right, according to new data from The Diffusion Group.

When asked about the likelihood they would sign up for “a Netflix-like service” that included movies from Disney, National Geographic, Pixar, Marvel and Lucasfilm (Star Wars); Disney TV shows for children; and original content, 43% of survey respondents said they were likely to sign up, while 27% very likely to subscribe.

TDG surveyed 1,949 adult broadband users randomly assigning one of three price points for the service, either $5.99, $7.99, or $9.99 per month. Those under the age of 35 are twice as likely as their older counterparts to be strongly interested in Disney+, as are those with children under 18 living in the home.

“Based on our research, Disney+ will enjoy strong early demand,” Michael Greeson, president of TDG, said in a statement.

Greeson said Disney’s streaming service – which is slated for a public unveiling in April – differs from Netflix, Amazon Prime Video and online TV by only offering branded content.

“This is a major studio pooling what is arguably the largest library of high-value content on the planet to populate a single subscription service,” he said.

The report contends Disney+ will be a case study regarding the policy of media companies pulling select content from third-party SVOD providers for their own over-the-top video services.

Indeed, TDG found that while Disney+ appeals to a wide range of consumers, interest varies within several key segments.

Legacy pay-TV subscribers are more strongly interested in Disney+ than both cord-nevers and cord-cutters; Hulu subs are more likely to sign up than are Prime Video and Netflix subs.

“The amount of high-quality content being packed into the offering will make it not only appealing, but very sticky,” Greeson said. 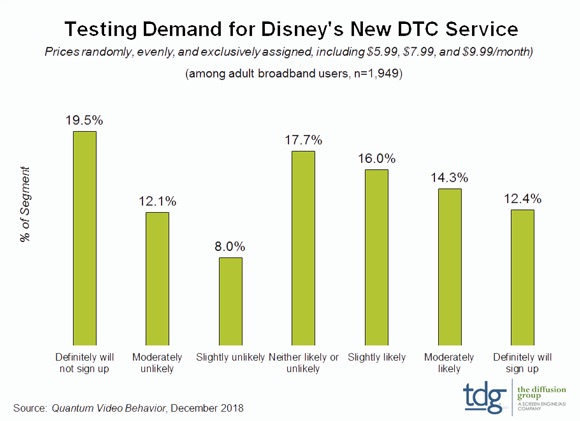