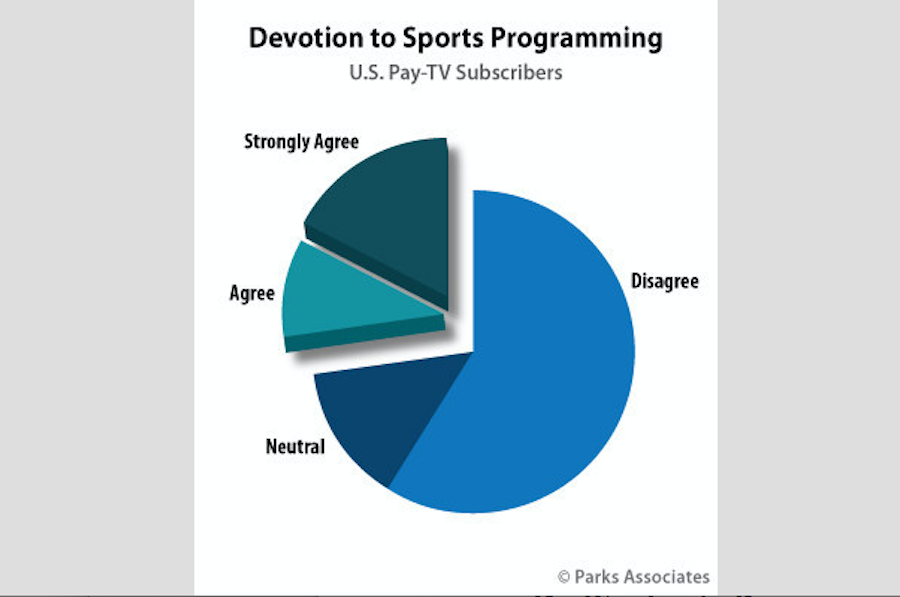 Sports programming is the primary reason 27% of U.S. pay-TV households say they subscribe to their pay-TV service, according to new research from Parks Associates.

“While broadcast and pay TV remain key sources for live sports, OTT streaming options have become an important part of the live sports landscape,” said Brett Sappinton, senior director of research, Parks Associates, in a statement. “Increasingly, leagues and networks are offering direct-to-consumer options. These services offer access to content that would otherwise not be broadcast and subscription options to those not subscribing to pay TV. In the past several weeks, both CBS and ESPN have launched their own streaming services for sports content. These services will both compete with and complement major services such as WWE Network and MLB.TV. Over time, pay-TV providers will likely partner with these types of services in order to round out their existing channel packages.”