Half of U.S. Internet users with children under 10 in their household have already subscribed to Disney+ since its launch in the United States in November 2019, according to research from Ampere Analysis.

The service has also been successful in converting those ages 18 to 24, with more than four in 10 (41%) indicating that they had access to the service. For this group, the Marvel films and “The Mandalorian” were key.

The latest research from Q1 2020 shows that Disney+ has been successful in converting consumers in both target groups, with 42% of all U.S. respondents with children under 18 and 41% of all those aged 18-24 already taking the service. 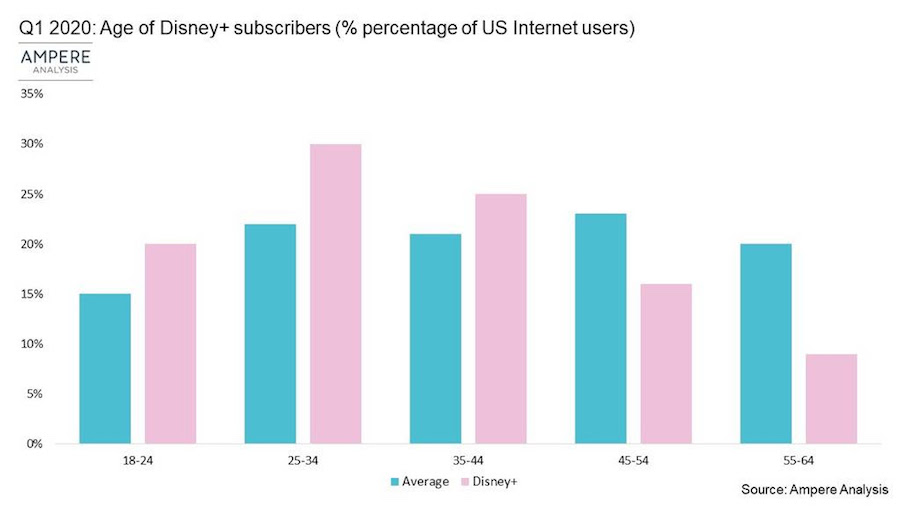 The analysis shows that of individuals with access to Disney+ in the household, roughly half are currently using the service on a monthly basis.

“The latest figures from our Consumer media tracker indicate a very promising start for Disney+, with success in converting its two most important target audiences,” said Minal Modha, consumer research lead at Ampere Analysis, in a statement. “It will now be key for Disney to ensure it retains these customers with a mix of new Disney+ originals and new release movie titles. Furthermore, while there is still room for growth among both the two core demographic groups, it will be imperative for Disney+ in the longer term to broaden out its content offering to appeal to a wider audience.” 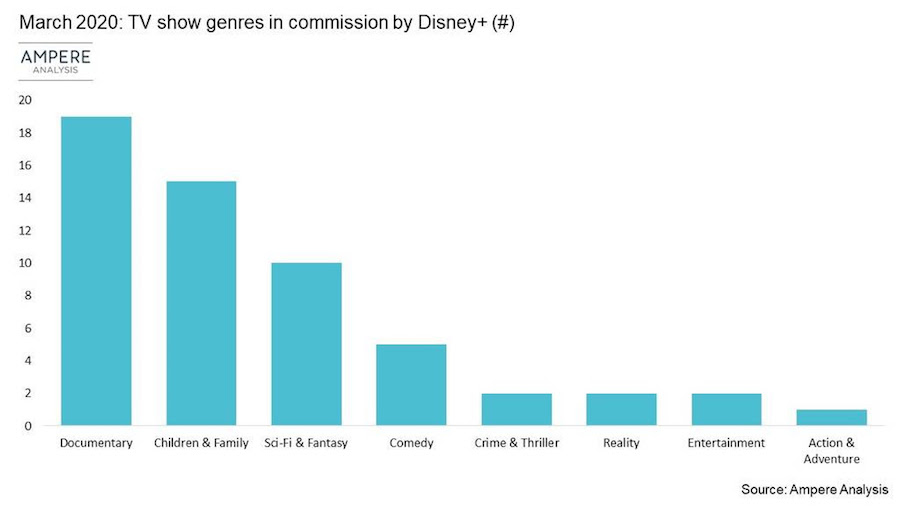 Of the 56 new titles Disney+ currently has in production, the biggest volume at 19 are documentary, followed by children and family at 15.