Data from Hub Entertainment Research showed strong growth for HBO Max in December, thanks in large part to the Christmas Day release of Wonder Woman 1984.

HBO Max’s share of new TV service subscribers nearly doubled in December, Hub noted, with 13% of consumers who signed up for any TV subscription in December signing up for HBO Max. In November, that percentage was just 7%.

Among those who added HBO Max in December, 19% said they added the service to watch movies — including 12% who signed up to watch “theatrical” movies, according to Hub. The total movie percentage in November was only 3%, meaning December saw a six-fold increase in movies as a reason for subscribing to HBO Max.

Although Disney+ didn’t see the same level of subscriber growth between the two months (new subscribers held steady), Hub found the reasons for adding Disney+ shifted dramatically in December, on the heels of Disney’s content announcement. Among those who added Disney+ in December, 12% said they signed up to watch movies; in November, the movie percentage was just 2%. In a new question asked in December, 13% said they signed up to watch exclusive franchise content (from Star Wars, Pixar and Marvel) — as frequently mentioned as “movies.” 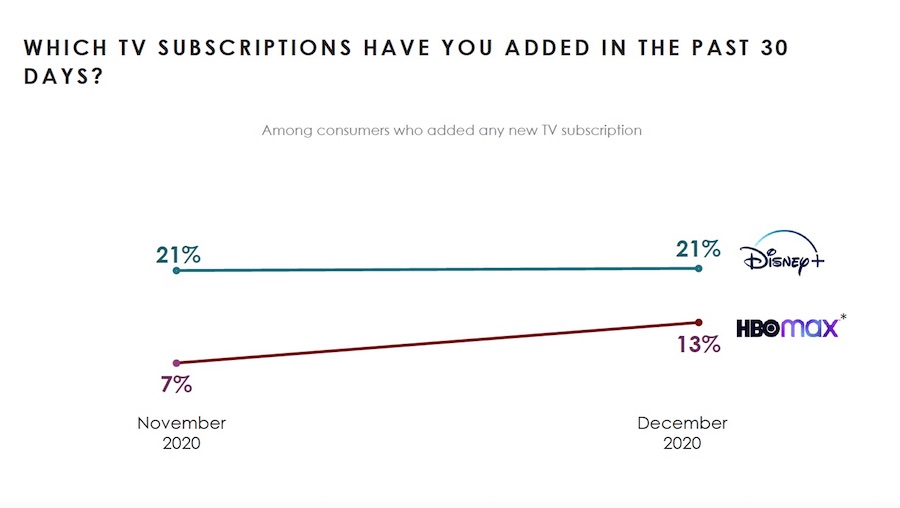 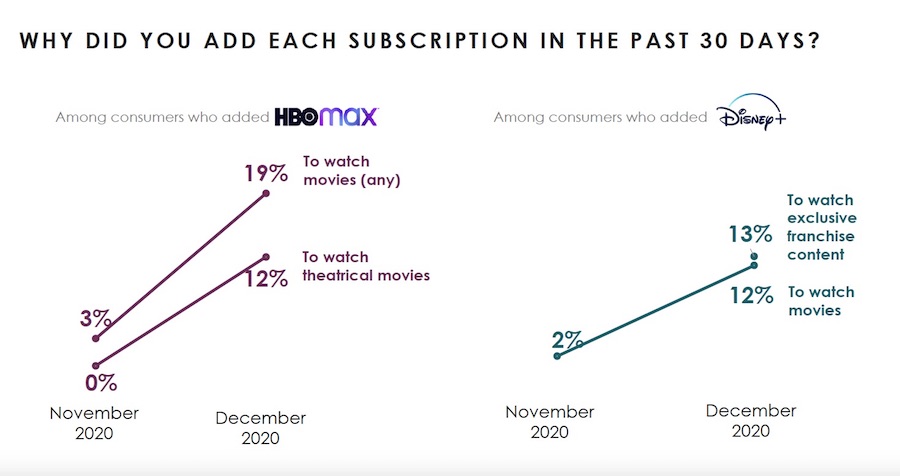