The re-opening of the economy from the coronavirus pandemic shutdown could be having an adverse effect on subscription streaming services such as Netflix and Hulu.

New data from Strategy Analytics finds the surge in users of SVOD services during the stay-at-home period was not always sustained once people were allowed to move around more freely.

The report, citing a nationwide survey of more than 4,000 U.S. adults in March, April and May found that 42% of respondents used Netflix in May, compared with 50% in April and 47% in March. User numbers of other services, including Amazon Prime Video, Hulu and Disney+, followed a similar “pandemic peak” pattern.

The results suggest that significant numbers of users were binging on services in March and April but as restrictions were loosened in May the number of users declined as they were able to pursue more normal activities once again. This did not apply to all services, however: The number of users of both Apple TV+ and CBS All Access rose in both April and May.

“Ironically Netflix may have suffered through being the most popular SVOD service, since it appears to have attracted many new but ultimately temporary users during the pandemic,” Michael Goodman, director of TV and media strategies, and the report’s author, said in a statement. 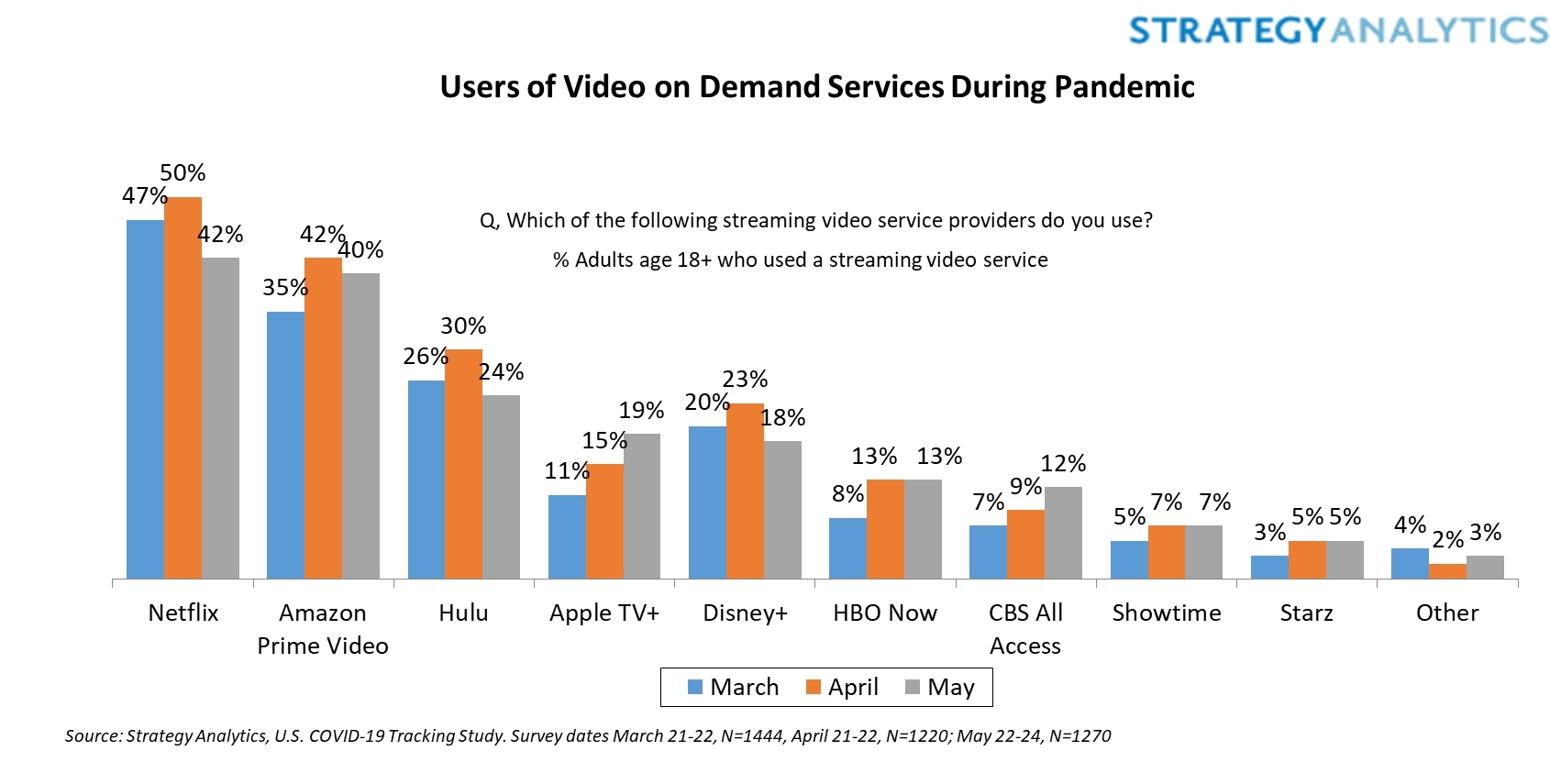 Goodman said Netflix Q2 fiscal results next month would be “watched with interest” to see whether the streaming behemoth’s strong Q1 performance is sustained into Q2.

“We still believe that Netflix numbers will exceed expectations overall during 2020, but now that the pandemic impact is waning, the company will face more-traditional challenges associated with customer retention, win-back and targeting the right content to appropriate interests and demographics,” Goodman said.

David Mercer, VP of media and intelligent home, said it’s not surprising that there was a spike in demand for video services as many people were stuck at home for several weeks. SVOD services, he said, have benefited to varying degrees, and must all now focus on retaining customers who joined recently as well as ensuring that their content development strategies are on track.

“This will prove challenging for many players, given the continuing crisis in video production as a result of COVID-19 restrictions,” Mercer said.