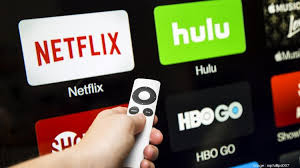 New consumer research from Leichtman Research Group finds that 69% of all U.S. households have a subscription video-on-demand (SVOD) service from Netflix, Amazon Prime, and/or Hulu – up from 52% in 2015.

About 28% of Netflix subscribers share their membership with others outside their household – compared to 22% with Hulu, and 10% with Amazon Prime Video.

The data is based on a survey of 1,153 households nationwide.