In addition to football, TV show re-runs dominate viewer interest around the Thanksgiving holiday, according to new data from USDish, a reseller of Dish Network. While movies dominate around Christmas, TV show episodes rank high among viewers over Thanksgiving, with “Friends” the most popular TV show. Of the 15 TV show episodes that ranked most-popular, 10 were “Friends” episodes. 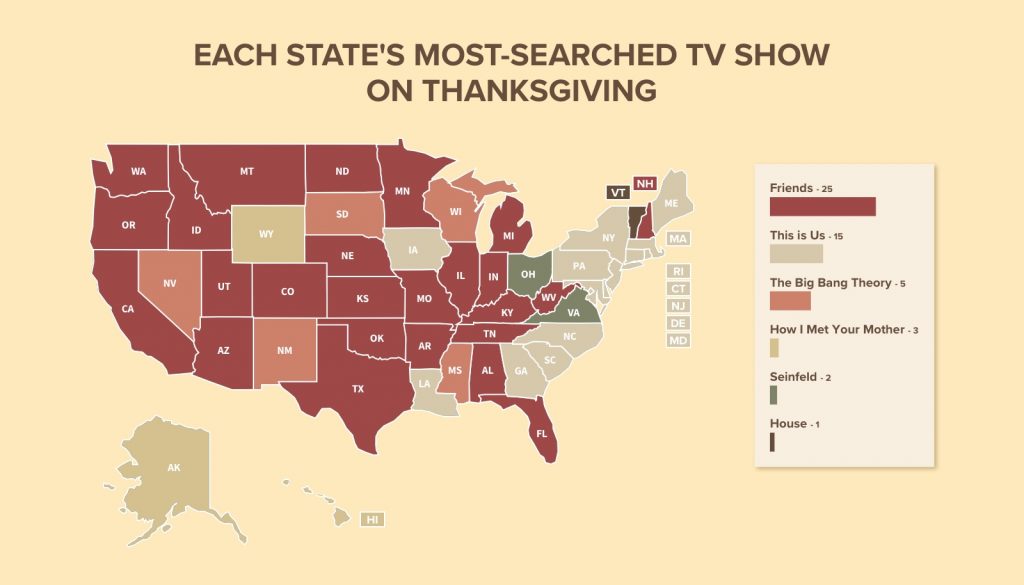 In compiling its data, USDish analyzed the top 15 holiday episodes for each holiday using IMDb data. To qualify, each episode had to meet the following criteria: Contain the keywords “Thanksgiving,” “Christmas,” or “New Year’s Eve,” respectively; be produced between 1990 and 2020; have more than 1,500 IMDb votes; and achieve a rating of 7.5 and above.

“Once we narrowed down our search, we found each episode’s viewership count using the viewership archive on TV Listings,” wrote Travis Peterson, author of the study. “Then we ranked each episode from most popular to least-popular based on viewership.”

To find the most-searched TV show in each state for November, December and January, respectively, USDish analyzed Google Trends data. 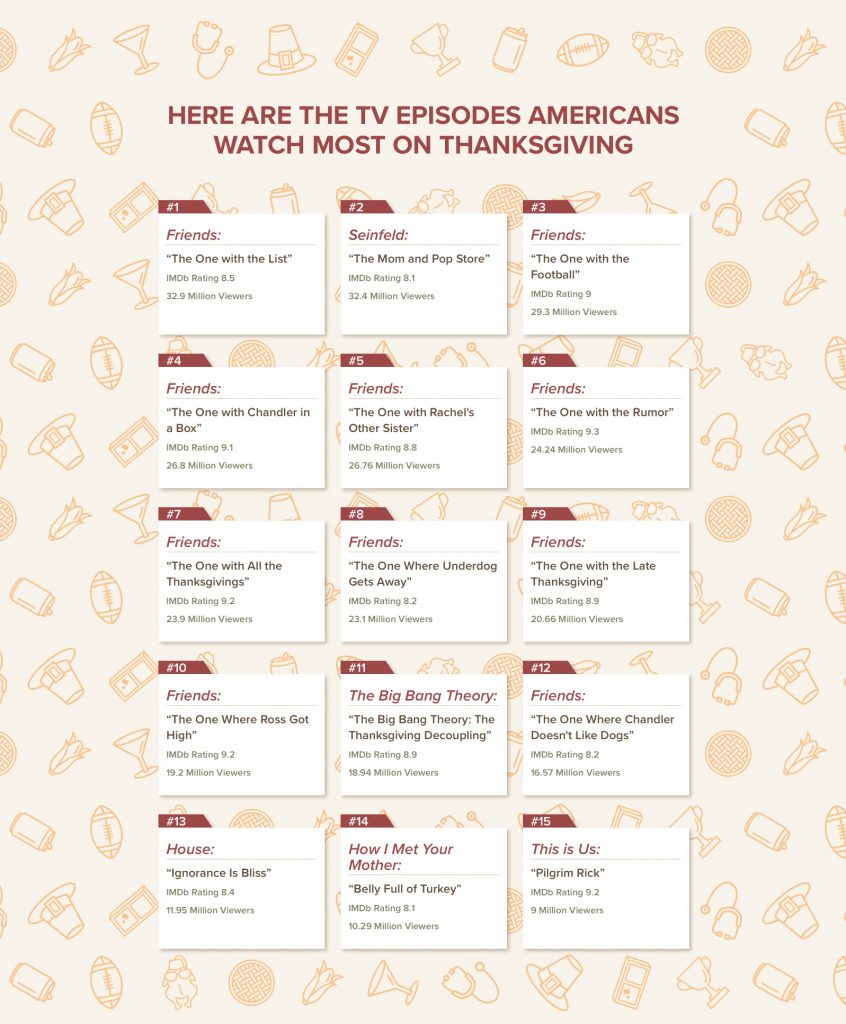 The study found that comedy and romance are hits around Thanksgiving, with more than 93% of the top episodes categorized as comedy. Thirteen out of the 15 TV episodes (87%) are also categorized as romance.

Apparently Thanksgiving is a perfect time for a little throwback TV. Seven out of the top 15 episodes aired in the ’90s, while six aired in the 2000s. The average running time of all episodes on the list is 24 minutes.