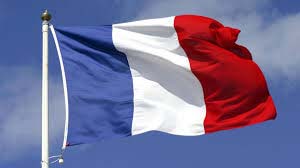 Global proliferation of over-the-top video appears to be slow-going in France, where just 31% of broadband households use a subscription streaming video service compared to 72% of broadband homes in the United States, according to new data from Ampere Analysis.

In an online poll of 28,000 respondents across 14 countries in the third quarter 2017, Ampere found only 3.1% of French households only use SVOD exclusively, compared to 14.3% in the U.S.

While France has one of the highest penetrations of pay-TV use, just 32% of these households also have SVOD. Ampere contends Netflix tops the French SVOD market with about 2 million subs – one of the service’s smallest European markets.

Some observers contend wider Netflix adoption in France could be impacted by the streaming pioneer’s mandate releasing original movies online day-and-date with their theatrical release.

At the Cannes Film Festival last year, the Federation of French Cinemas objected to the nomination of two Netflix movies – Okja and The Meyerowitz Stories – which the organization claimed Netflix began streaming within the country’s 36-month theatrical window.

The mindset could be changing as the younger demographic assumes greater percentage of Internet households. Ampere found 61% of respondents from 18 to 24 years old use SVOD, which is comparable to Spain at 67%.

In the U.S., United Kingdom and Germany, younger demos dominate SVOD use at 86%, 81% and 78%, respectively. SVOD use among general Internet users in the aforementioned countries ranges from 72% to 51%.