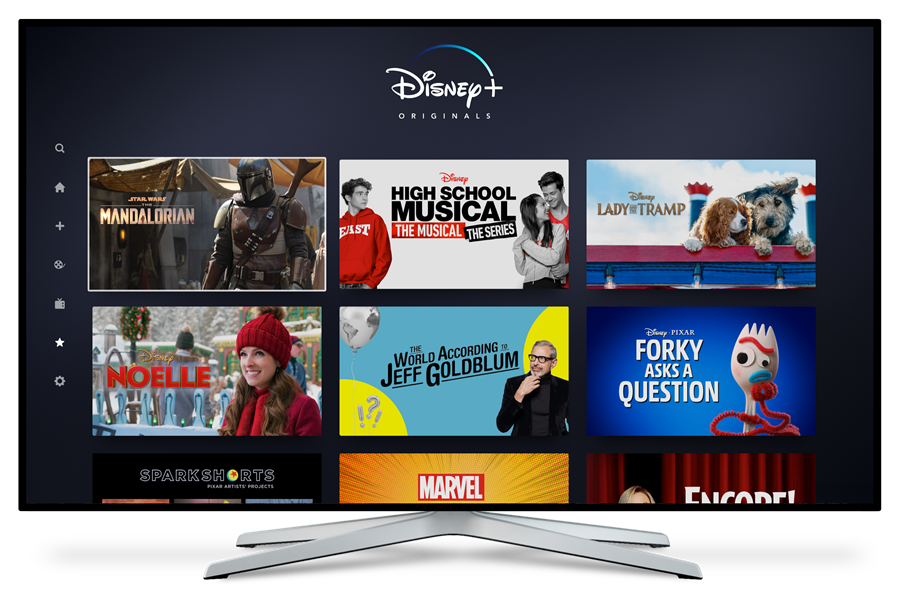 Disney announced on Dec. 2 that its branded subscription service had reached 86.8 million subs, with 30%, or 26 million, originating from India. Now, new estimates from eMarketer contend the service will end 2020 with 72.4 million monthly viewers in the U.S.

The New York-based research film remains bullish on Disney over the next four years, suggesting 33% of the U.S. population will use Disney+ by 2024. Of course industry behemoth Netflix will top all domestic services with more than 182 million projected U.S. viewers, followed by Amazon Prime Video with 154 million. eMarketer registers a viewer as anyone who streams a service via app or website at least once a month.

“So far, other streaming entrants suffered from distribution limitations, confusing branding (HBO Max), or a lack of quality programming (Peacock),” Ross Benes, senior analyst with eMarketer, wrote in a note. “None of these problems have hampered Disney+, which will become the third-most-popular U.S. streaming service by the end of 2024.” 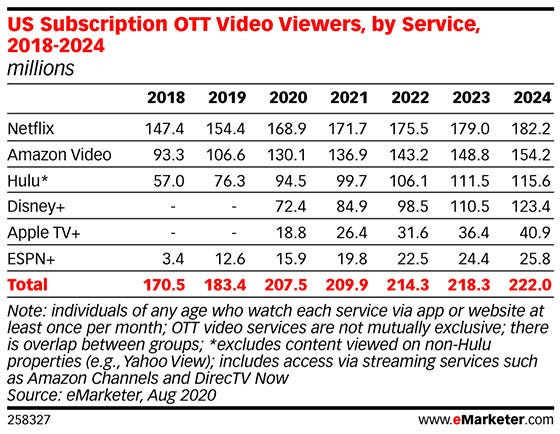