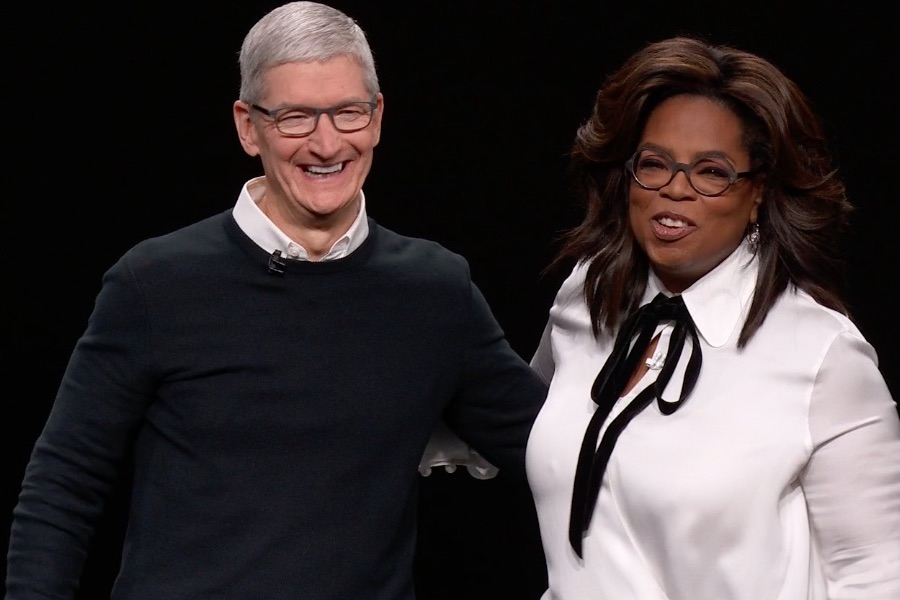 Apple CEO Tim Cook and Oprah during the March 25 announcement of Apple TV +.

Apple’s subscription streaming service Apple TV+ will roll out by November and executives are looking at a price of $9.99 a month, according to Bloomberg report citing anonymous sources.

The launch will likely include a free trial, according to the sources cited by Bloomberg.

The company is weighing different release strategies for shows, according to the report, and is considering offering the first three episodes of some programs at once, followed by weekly installments.

Apple+ is joining an increasingly crowded SVOD space that includes established services such as Netflix, Amazon Prime and Hulu, as well as the Walt Disney Co.’s Disney+, which debuts in November at $6.99 a month, and upcoming services from WarnerMedia and NBC Universal.