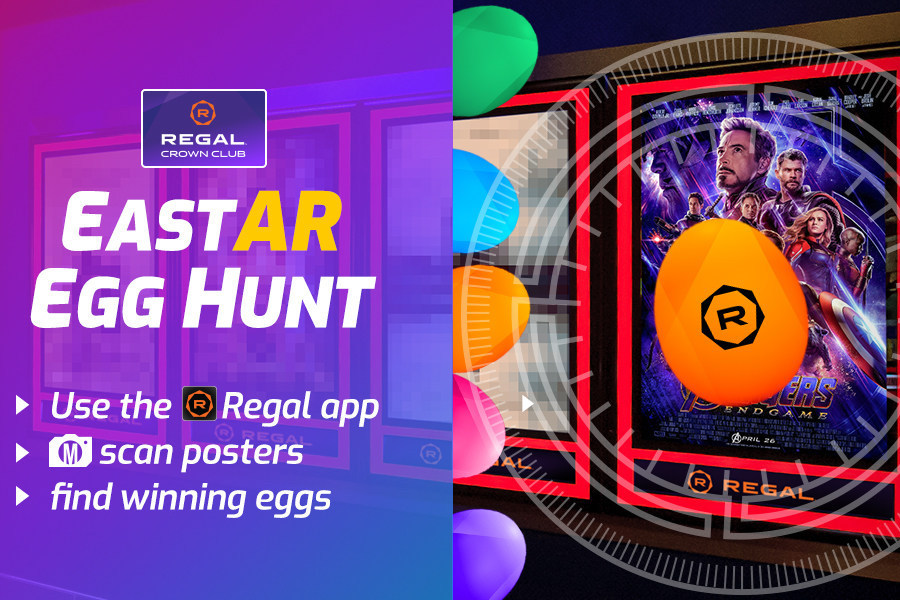 Movie fans can use the Regal mobile app’s augmented reality filter to scan in-theater posters and unlock rewards, redeemable through April 30 at all participating Regal theaters.

“The race is on for our moviegoers with this one-of-a-kind promotion, which features incredible prizes hidden in posters of the year’s most anticipated movies,” said Chris Sylvia, VP of media at Regal, in a statement. “With the rise of augmented reality, we strive to stay on the forefront of cutting-edge technology to give our guests unbeatable entertainment experiences, as well as reward Regal’s loyal moviegoers.”

To discover the hidden rewards, consumers open the Regal mobile app and click on the camera icon in the top-right corner of the home screen to unveil an augmented reality platform that, when aimed at the correct poster, will reveal the hidden egg and its associated prize.