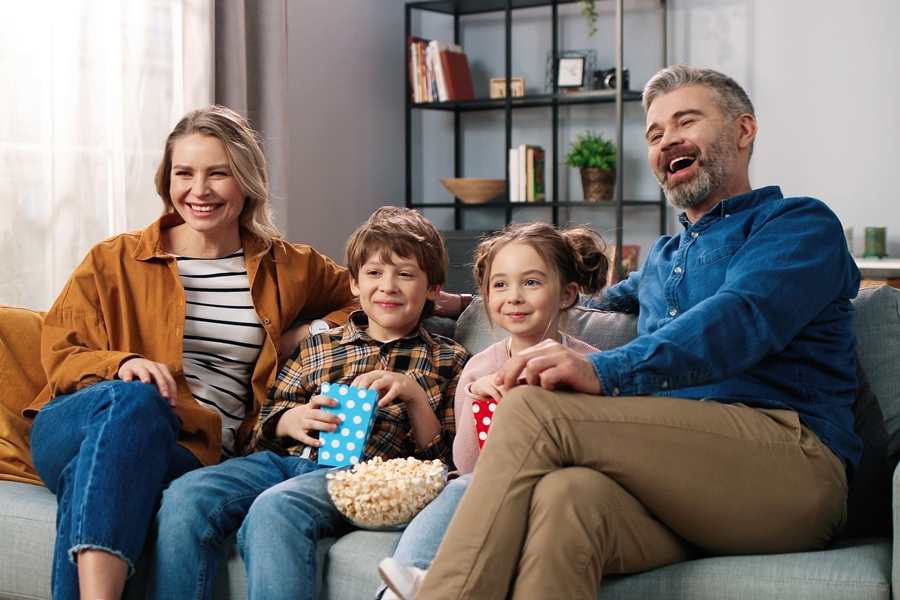 Prime Video has maintained the biggest movie catalog and Discovery+ the biggest TV show catalog over the past three quarters (Q1-Q3 2022), with Netflix maintaining the No. 2 spot in both categories over that time period, according to research from Reelgood.

Meanwhile, the battle for No. 3 in both categories has been more contested. In Q1 and Q2, HBO Max took the bronze in movie catalog size, but Peacock Premium took the movie No. 3 spot in Q3. In TV show catalog size, No. 3 went to Prime Video in Q2, and Hulu in Q3 and Q1. 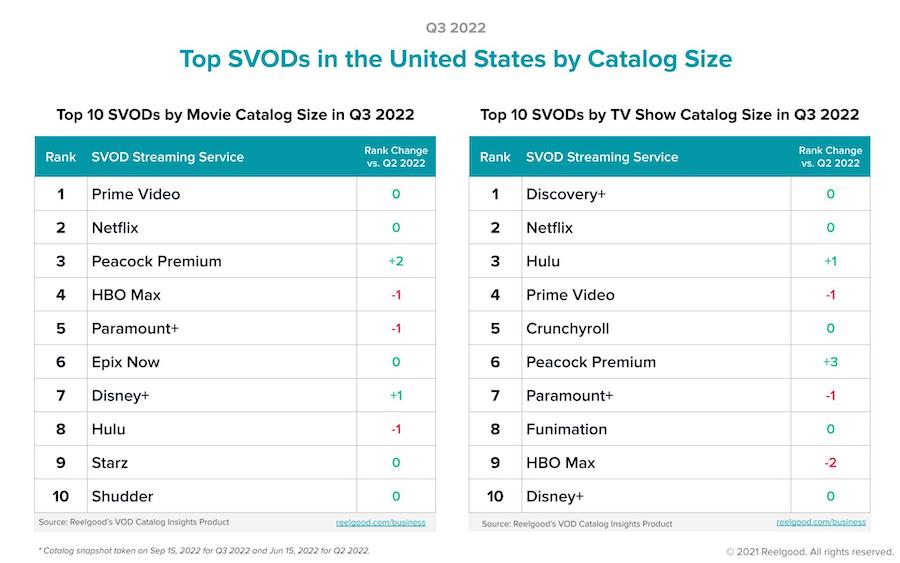 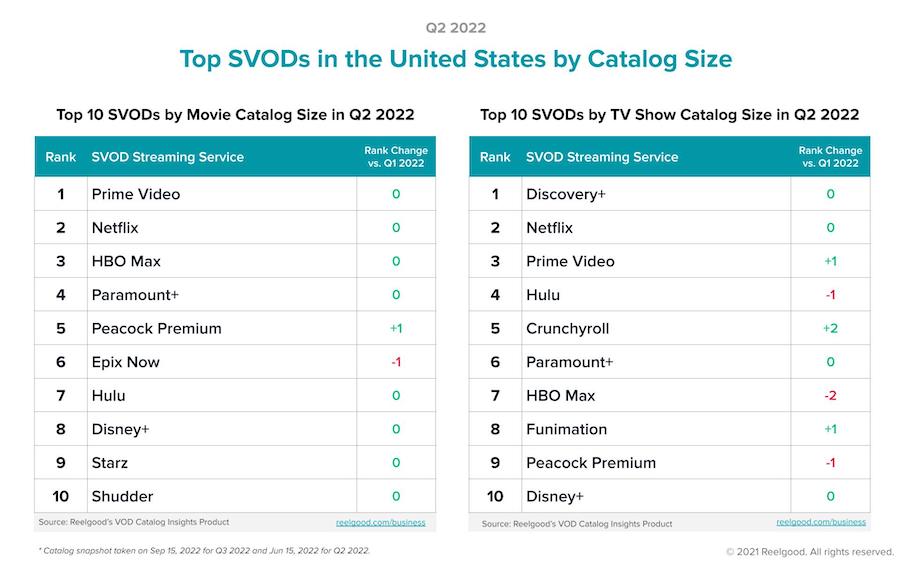 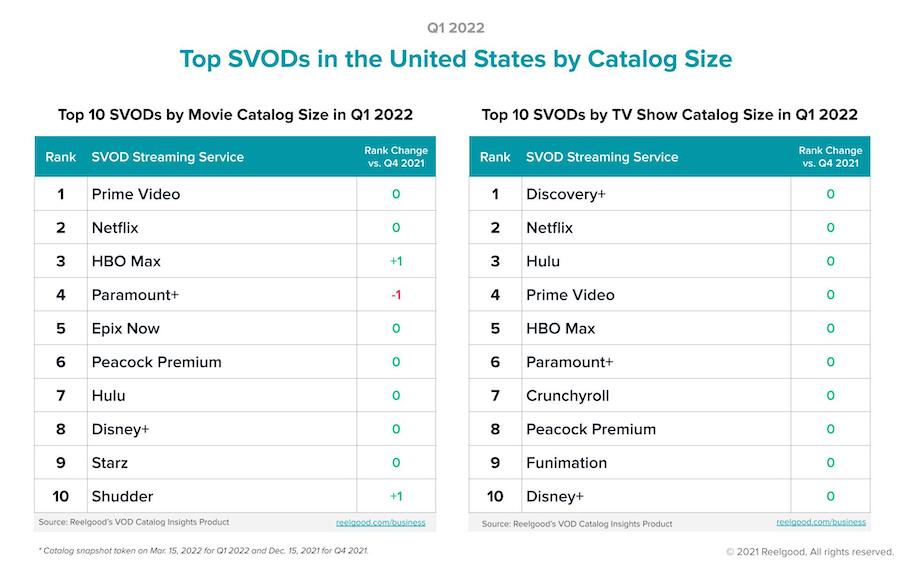