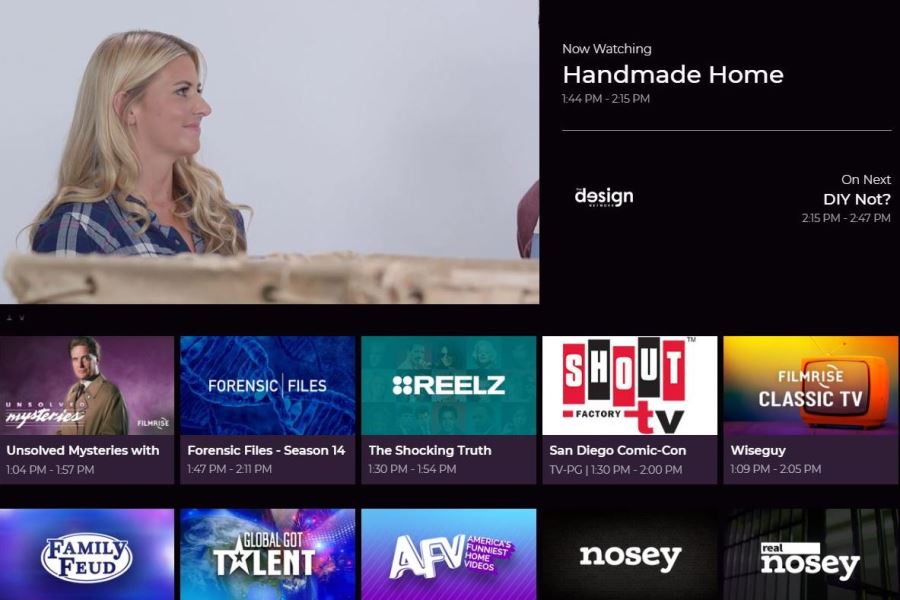 Chicago-based Redbox is joining a burgeoning AVOD market that Ampere Analysis found accounts for 20% of all domestic Internet users are accessing ad-supported services such as The Roku Channel, IMDb TV, Pluto TV, Tubi, Shout! Factory TV and HBO Max (in 2021), among others.

Based on third-quarter (ended Sept. 30) data, 17% of U.S. Internet users streamed one or more AVOD service in the prior month, up from 13% in the previous-year period. The surge in connected TV use has been spearheaded by Fox-owned Tubi, whose content catalog claims to be larger than Netflix’s.

Redbox Free On Demand doesn’t require a login. Just download the app and click “Free On Demand,” to choose among hundreds of titles. The platform is currently available on Roku, iOS, Android mobile and TVs, and Vizio with more devices, including LG, Xbox, Samsung, and Chromecast, being added in the near future.

“Today’s audiences are fueling an unprecedented demand for premium quality on-demand content that is free with advertising,” Chris Yates, GM of Redbox On Demand, said in a statement. “We expect to see continued growth in AVOD … [and] a significant addition to our free streaming platform.”

“With the launch of Free on Demand coupled with the growth of Free Live TV, Redbox is building an ecosystem with unparalleled entertainment choices,” added chief strategy and digital officer Jason Kwong.