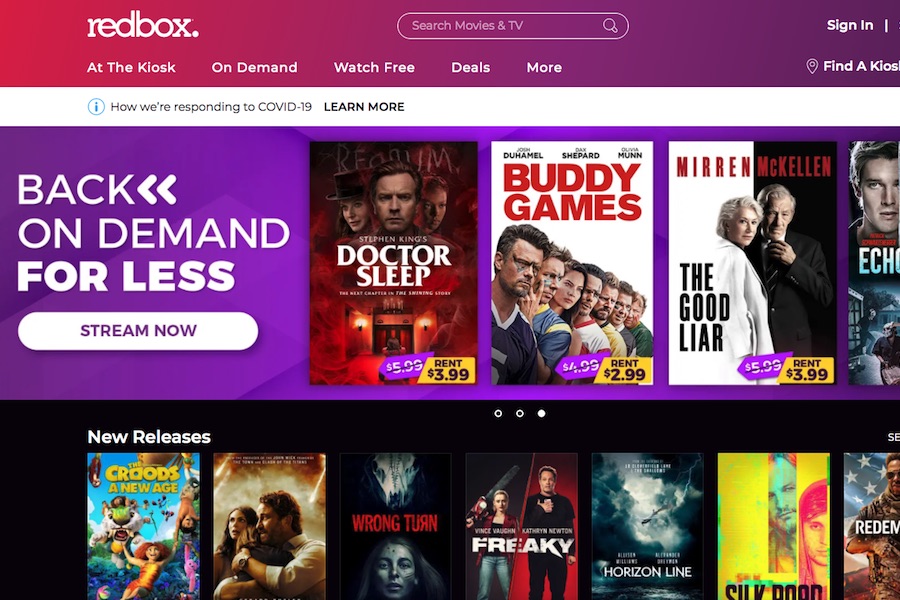 Redbox, the kiosk DVD rental chain and online TV streaming service, is looking to pad its social media followers. The company took to Twitter offering to give away branded merchandise and other “stuff” from its Oakbrook Terrace, Ill.-based headquarters if it gets to 350,000 followers.

“My boss said that if we got to 350K followers, I can start giving away things I find in the office,” read the tweet.

The post attracted 309 likes, 53 retweets and 49 comments. Among the more amusing posts:

@Redbox: “a mug, posters, movies and i can probably find a handful of used highlighters too”

Scott Ottersen (@scottersen), who seemed to have inside knowledge of Redbox offices, wrote: “Is the electronic basketball hoop still in the Oakbrook office? If so, dibs.”

Bruhzinga (@TweetsBostons) wrote: “Save me a Tape Dispenser and Pencil Sharpener, also I assume working at Redbox means you can hook me up with Avengers: Age of Ultron”

@Redbox: “i don’t think i could find a pencil if i tried” 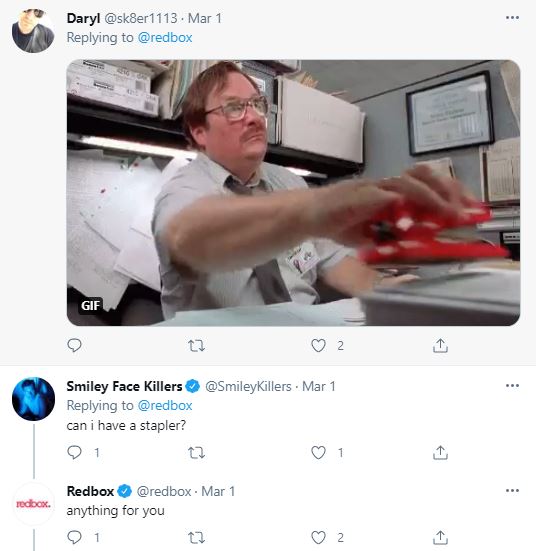