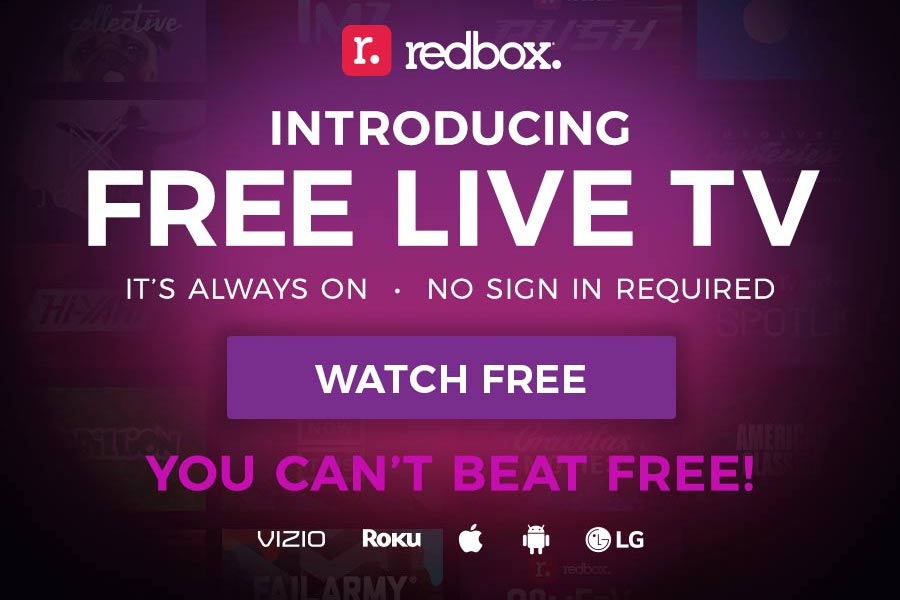 Redbox is expanding its lineup of content available through its free, ad-supported streaming platforms Free Live TV and Free On Demand.

Free On Demand, Redbox’s free ad-supported service, has added to its catalog of movies and television, adding content from Shout! Factory, Legendary Television, Magnolia Pictures and Relativity Media. This Summer 13 (Jason Statham), Empire State (Dwayne Johnson), Solace (Anthony Hopkins) and Child 44 (Tom Hardy), among other titles, will be available on Free On Demand along with hundreds of additional titles. Free On Demand is available on Redbox.com, Roku, Vizio, LG, Xbox One, Xbox Series X/S, and iOS and Android with more devices coming soon.

“We know audiences are hungry for entertainment, and we’ve seen steady growth across Free Live TV and Free On Demand since they were launched in 2020,” Jason Kwong, chief strategy and digital officer at Redbox, said in a statement. “Redbox is building a home for audiences looking for the widest possible selection of entertainment at every price point, including free.”

Over the past two years, Redbox has transformed into a multi-product entertainment provider with physical and digital options for consumers. In 2020, Redbox expanded its service to include free, ad-supported platforms — Free Live TV and Free On Demand. Redbox now serves multiple windows and business models, including film distribution, transactional video on demand (TVOD), premium video on demand (PVOD), ad-supported linear and on demand (AVOD).

As previously announced on May 17, Redbox entered into a definitive agreement to combine with Seaport Global Acquisition Corp., a publicly traded special purpose acquisition company. The transaction, which is expected to close in the third quarter of 2021, will result in Redbox becoming a publicly traded company on Nasdaq under the ticker RDBX. Redbox expects to use the capital from the transaction to invest in innovation, pay down debt and accelerate the company’s digital transformation.