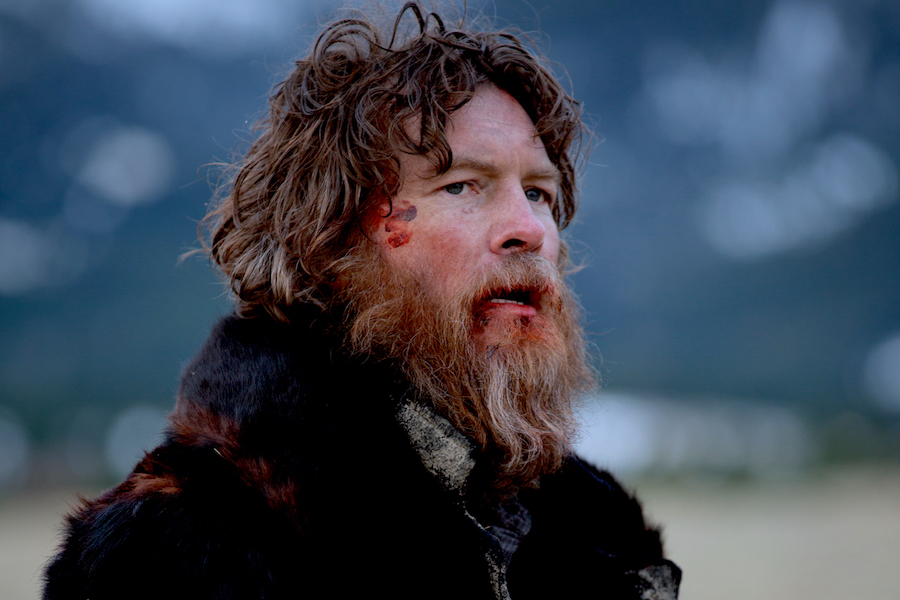 Sam Worthington in The Last Son (Photo by Suzanne Bake)

The film will be released simultaneously in theaters and On Demand later this year.

Set in the Sierra Nevada in the late 19th century, The Last Son centers on Isaac LeMay (Worthington), a murderous outlaw cursed by a terrible prophecy, hunting down his offspring to prevent his own murder before targeting his son Cal (Baker). With bounty hunters and the enigmatic U.S. Officer Solomon (Jane) on their tail, all are set on a collision course toward a brutal game of cat-and-mouse.

The Last Son was filmed in Montana late last year and is currently in post-production.

“With an outstanding ensemble cast, talented director, and an incredible story, we’re excited to be a part of this stellar production,” Galen Smith, CEO of Redbox, said in a statement.

“We are pleased to be partnering with Redbox on the release of the picture; they have been a part of The Last Son team since the beginning,” added Andre Relis, CEO of VMI Worldwide.

The Last Son is the latest in a string of acquisitions from Redbox that includes Capone (Tom Hardy), Shadow in the Cloud (Chloë Grace Moretz and Nick Robinson), SAS: Red Notice (Sam Heughan and Ruby Rose), and American Traitor: The True Story of Axis Sally (Al Pacino and Meadow Williams). It also comes on the heels of Redbox’s venture with “John Wick” producer Basil Iwanyk, to form Asbury Park Pictures, which is programming a slate of high-concept action and thriller films over the next few years.

The deal was negotiated by Marc Danon, head of original content for Redbox Entertainment, and J.D. Beaufils and Andre Relis of VMI Worldwide.